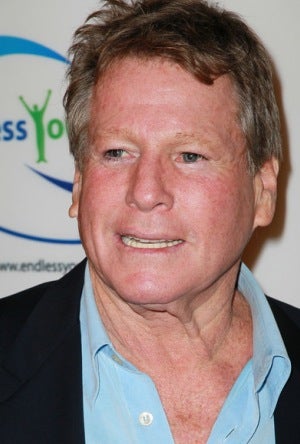 The “Paper Moon” star has filed a cross-complaint against the board of regents of the U. of Texas system, demanding that they return an Andy Warhol drawing he says was done for him and his deceased girlfriend, Farrah Fawcett.

According to the cross-complaint, O’Neal befriended Warhol in the 1970s in New York, and the artist gave him and Fawcett artwork “on several occasions.” Among the items: a napkin doodle by the pop-art icon, which was bequeathed to the U. of Texas by the Farrah Fawcett Living Trust following Fawcett’s 2009 death from cancer. (Fawcett was born in Corpus Christi, Texas.)

But O’Neal claims that the drawing was as much his as it was Fawcett’s, pointing to the fact that the doodle “is inscribed by Warhol ‘To Farrah F. and Ryan O.'”

The cross-complaint also alleges that the university is trying to wrongfully force O’Neal to hand over other Warhol artwork that he’d received — including a portrait of Fawcett that Warhol had done — claiming that the school is using “its vast publicly-funded financial resources to bully and harass” the actor.

“O’Neal will not submit to the University’s bully-tactics,” the cross-complaint vows.

The actor, who wants a jury trial, is seeking the return of the artwork or its equivalent value, plus punitive damages, court costs and interest. He also wants the university’s suit against him dismissed.