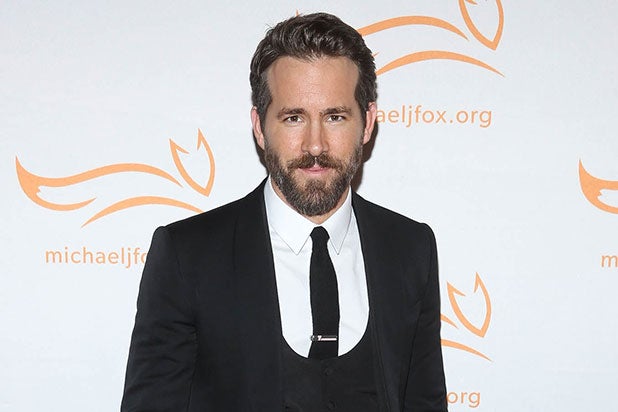 Ryan Reynolds and the crew of “Deadpool 2” observed a moment of silence for the stuntwoman killed on set before they resumed filming on Wednesday morning.

Crew members huddled up around Reynolds and bowed their heads after he said a few words in remembrance while on the Vancouver, Canada, filming location.

The stuntwoman killed on the “Deadpool 2” set on Monday was earlier identified as Joi “SJ” Harris, her Facebook page confirmed.

Harris, a native of Brooklyn, New York, was performing a motorbike stunt for the sequel to last year’s action hit starring Reynolds.

On her website, Harris is described the first African-American female road racer in U.S. history.

“We are deeply saddened and heartbroken by the loss of Joi ‘SJ’ Harris. Joi was an extraordinary woman with a passion for riding and motorsports,” a statement posted to her Facebook page on Tuesday said. “She was known for her beautiful spirit and bubbly personality.

“She was fearless and relentless in her pursuit of her dream, to ride as a motorsports professional. Joi will be remembered for her ground breaking career as the first African American female road racer. She was living her dream, when her life was suddenly cut short while filming as a stunt rider. She will be dearly missed by her race fans all over the world,” it continued. “We ask that you respect the privacy of her family and friends, as we mourn her loss.”

The fatal accident occurred at Jack Poole Plaza in Vancouver, where filming on “Deadpool 2” has taken place since late June and where motorcycle stunts had been filmed over the last few days. After completing a stunt over several takes, Harris reportedly lost control of her motorcycle and crashed through a building window.

Reynolds released a statement via Twitter expressing his grief over the accident.

Earlier on Monday, director David Leitch offered his condolences. “I’m deeply saddened by the loss of one of our stunt performers today,” Leitch said in a statement. “No words can express how I and the rest of the ‘Deadpool 2’ crew feel about this tragedy.  Our thoughts are with her family, friends and loved ones in this difficult time,” he said.