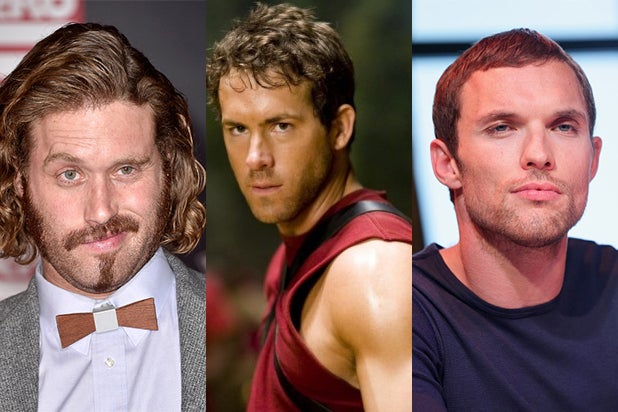 Fresh off three of last year’s highest-grossing movies and a hit HBO series, T.J. Miller is in early talks to join Ryan Reynolds in “Deadpool,” and so is “The Transporter Legacy” star Ed Skrein, multiple individuals familiar with the 20th Century Fox project has told TheWrap.

Representatives for 20th Century Fox and Miller had no comment, while a representative for Skrein did not immediately respond to a request for comment.

VFX veteran Tim Miller is directing from a script by Rhett Reese and Paul Wernick. Lauren Shuler Donner is producing the film, which will be released on Feb. 12, 2016.

“Deadpool” will have a comedic edge lacking in most super-serious superhero movies, and the role Miller has been offered serves as an additional comic voice to compliment Deadpool, who often breaks the fourth wall and speaks directly to the audience.

Skrein’s talks are further along and while his role remains unknown, it’s possible that the up-and-coming action star could play the film’s villain.

Reynolds originated the role of Deadpool in “X-Men Origins: Wolverine.” When test footage for a standalone “Deadpool” movie leaked online, reaction was overwhelmingly positive, which paved the way for Reynolds’ return.

Miller played a part in three of last year’s biggest hits — he co-starred in “Transformers: Age of Extinction” and lent his voice to Disney’s “Big Hero 6” and DreamWorks Animation’s “How to Train Your Dragon 2.” In addition to the upcoming second season of HBO’s “Silicon Valley,” Miller next stars in Universal’s raunchy comedy “Search Party.” He’s represented by CAA, 3 Arts Entertainment and attorney Jackoway Tyerman.

Skrein played Daario Naharis on HBO’s “Game of Thrones” before leaving the show to take over the “Transporter” franchise. He’ll soon be seen alongside Nicholas Hoult and James Corden in the crime comedy “Kill Your Friends.” He’s represented by ICM Partners, 42 and attorney Gregory Slewett.