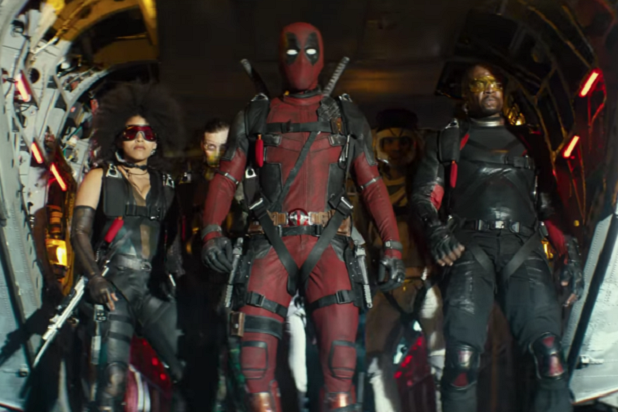 Although “Deadpool 2” is tracking for an enormous opening weekend of $150 million and the first film broke records, Ryan Reynolds isn’t sure whether there would be a third movie in the franchise.

“I don’t know that there would be a ‘Deadpool 3,’ I really don’t,” Reynolds told Entertainment Weekly. “I feel like the character, in order for him to function properly within his own universe, you need to take everything away from him. I don’t think that you can keep doing that.”

However, while Reynolds isn’t sure whether Deadpool would get another solo film, the actor does see the Merc with a Mouth as part of a team.

“I do see him as being a part of X-Force, obviously. I would love to see him in a team-up sort of thing, like a mano a mano or a great female character from the X-Men universe,” he said. “I just think if you’re going to do another Deadpool solo film, you’ve got to really, like, get that budget down to nothing and just swing for the fences, and break all kinds of weird barriers, and do stuff that no one else can do.”

Reynolds is already part of the “X-Force” film that Drew Goddard will write and direct. Zazie Beetz and Josh Brolin are also already attached as Domino and Cable, respectively. The film was originally announced in 2013 with “Kick-Ass 2” director Jeff Wadlow attached to direct.

For now, Reynolds will reprise his role as the character in “Deadpool 2,” which will hit theaters on May 18. Morena Baccarin, T.J. Miller, Brianna Hildebrand, Beetz and Brolin also star.