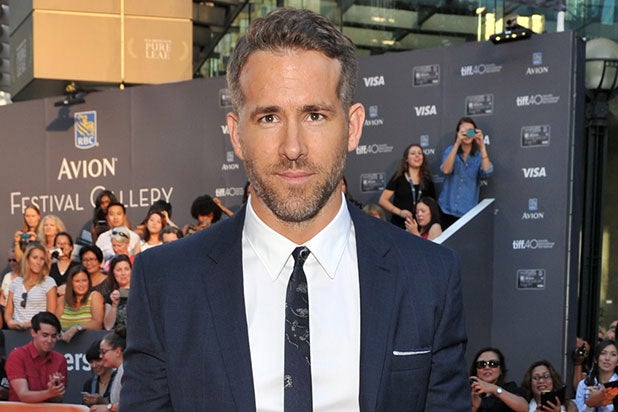 Red-hot off “Deadpool’s” blockbuster opening, Ryan Reynolds is in talks to star opposite Rebecca Ferguson in Daniel Espinosa‘s sci-fi movie “Life,” an individual familiar with the project has told TheWrap.

Skydance Productions is backing the film, which was written by Paul Wernick and Rhett Reese, the duo responsible for Reynolds’ own “Deadpool.” Skydance’s David Ellison and Dana Goldberg are producing “Life” with Bonnie Curtis and Julie Lynn.

The film follows a group of astronauts who discover signs of intelligent life in a sample retrieved from Mars.

Reynolds had been eyed for the role in “Life” even before “Deadpool” broke multiple box-office records over Valentine’s Day weekend. The comic-book movie was a strong rebound for the actor after the high-profile flops “Green Lantern” and “R.I.P.D.,” as well as the disappointing indie thriller “Buried.”

Following eye-opening turns in the dramas “Mississippi Grind” and “Woman in Gold,” Reynolds has been returning his focus to genre fare of late between “Deadpool,” the upcoming thriller “Criminal,” with Kevin Costner and Gary Oldman; and now “Life.” He’s represented by WME.