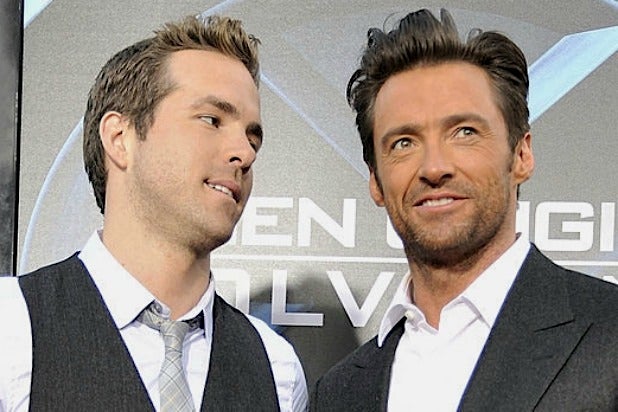 Ryan Reynolds got into the spirit of the upcoming midterm election by posting a fake political smear campaign ad against his best frenemy, Hugh Jackman… if that is even his real name!

Reynolds has periodically trolled Jackman, either calling him a “monster” on Twitter and accusing him of not really being from Australia but rather Milwaukee, or impaling the Wolverine action figure on a rock in “Deadpool 2” (as in the scene at the end of “Logan”). And Reynolds’ latest jab doesn’t let him off easy for walking away from such a lucrative superhero franchise before Logan and Deadpool ever got to team up.

“He then walked off a job on Wolverine, adding to unemployment,” Reynolds says in the ad. “Is this the type of amazing actor and nice person delivering a preachy liberal speech this awards season?”

How well do you really know @RealHughJackman? pic.twitter.com/cV0W7C4LE3

Instead, the Canadian-born Reynolds suggests that maybe a “real foreigner from a bordering country” who should be the one accepting those fancy awards.

Of course, this advertisement was payed for by “Not Ryan Reynolds,” so the actor is free of all liability. But that didn’t stop the upstanding nice person Jackman from taking the “HIGH ROAD,” tweeting a quick video of his dog doing his business on top of a photo of Reynolds.