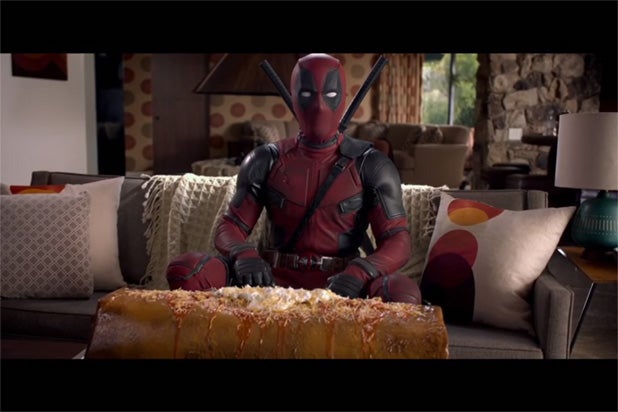 In the latest IMAX trailer for “Deadpool,” Ryan Reynolds proves that bigger is better with a simple demonstration.

“Deadpool here with an important public service announcement. This is your brain,” he says. “Actually, it’s a chimichanga, but I’m making a point.”

The camera then zooms out to show that he’s sitting in front of an even bigger chimichanga: “Because this is your brain on IMAX. Bigger is better, right?”

“Deadpool” tells the origin story of the former Special Forces operative turned mercenary, who after being subjected to a rogue experiment that leaves him with accelerated healing powers, adopts the alter ego Deadpool. Armed with his new abilities and a dark, twisted sense of humor, he then hunts down the man who nearly destroyed his life.

Reynolds played Deadpool in the 2009 film “X-Men Origins: Wolverine.” Now, the actor reprises the role in “Deadpool,” set to be released by Marvel Enterprises and Twentieth Century Fox.