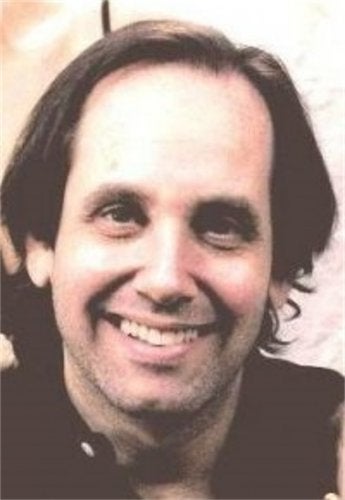 It’s Friday morning. Matthew Krane is sitting on a bench inside the labyrinth Stanley Mosk Courthouse moments after his latest hearing concluded.

It had lasted all of 10 minutes and concluded with the judge only putting everything on hold for half a year.

Last month, in a federal court in Seattle, the 55-year-old, onetime star tax lawyer pleaded guilty to tax evasion and for passport falsification.

He will be sentenced in March as part of a deal that is expected to get him no more than five years in prison. Another part of that deal is his cooperation with an ongoing federal probe involving one of the largest crooked tax shelters in U.S. history.

Does Krane (in a Facebook photo, left) think his cooperation will, down the road, make trouble for his onetime client and friend, and current nemesis, the billionaire Haim Saban?

“I have one and only one obligation to the government – to tell the truth,” Krane says. “Where it leads, I couldn’t tell.”

Krane’s been out of the downtown’s Mens Detention Center since December, but his prison pallor remains, and the court corridor’s fluorescent lighting seems to make him even paler.

He tells TheWrap about his 16 months in MDC, where he met the disgraced celebrity private eye Anthony Pellicano.

“I was on his floor,” Krane says. “We became friends.” 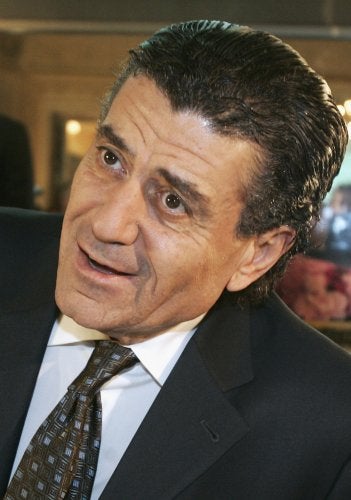 There is a Steve Buscemi-like nervous energy to Krane’s conversation as he talks about the Gordian knot of litigation that stretches from here to Seattle, to Washington, D.C,. to Vienna.

It began in 2001, when Saban (pictured right) sold his share of Fox Family Worldwide Inc. to the Walt Disney Co. for $1.5 billion. He asked Krane, his legal and financial counsel, to set something up that would get Saban off the hook for most of the capital gains taxes.

Krane had Saban move his earnings into a pair of tax shelters run by Seattle’s Quellos Group, to which Saban paid a $46 million fee.

Saban ended up paying no taxes. However, the tax shelters would be exposed as illegal tax shells that permitted Saban and others to claim enough fabricated investment losses as to wipe out any tax obligations they would normally have incurred from profits elsewhere.

In June 2009, Krane, Quellos Group CEO Jeffrey Greenstein and his business partner, Charles Wilk, were indicted. Claiming ignorance of the tax shelters’ illegality, Saban, a major contributor to the Democratic Party, escaped any charges of wrongdoing, although he was forced to pay $250 million in back taxes and penalties.

After the Quellos deal had gone through, Krane had placed in a Viennese bank $36 million in fees he claims were rightfully his from his work for Saban on the shelters. (Krane says he had them vetted and believed they were legitimate). In 2008, long after the Quellos shelters had been exposed by the government, Saban had Austrian authorities freeze Krane’s assets, claiming they were an illegal kickback from Quellos.

A statement sent to TheWrap from a Saban spokeswoman reads, in part:

"Mr. Krane is a convicted felon, who is awaiting sentencing for crimes involving flagrant lies and deceit.  He took a $36 million kickback from a tax shelter promoter to recommend a transaction to Mr. Saban, his long-time client . . . A federal grand jury has determined that Mr. Saban was a victim of Krane’s fraud and an Austrian court has frozen the proceeds."

A court in Vienna is now hearing testimony before it decides whether to give the $36 million to Saban or to allow Krane to keep it. When asked if he plans to attend the Vienna hearings, Krane lifts a pant leg slightly.

“Listen, you think they’ll let me over there with this on?” he asks, revealing a monitoring device clamped to his ankle. It’s a constant reminder, in case he needed one, that his plea deal has not gotten him out of the woods yet. Although he has returned to his huge home in the Hollywood Hills, the terms of Krane’s house arrest only permit him four scheduled hours of unsupervised errand time each day.

It would seem likely that Krane could get some credit at his sentencing for the time he’s already spent behind bars, although he’s not counting on anything.

“I have no expectations,” he says, noting that the only way he could deal with his time in MDC was to not look ahead to the future but to stay focused on day-to-day tasks. “You’d see the guys in jail who were always talk about tomorrow, who were always planning ahead – they were the ones who would be complete messes.”

March is an important month for Krane for another reason, as that’s when the next hearing in Vienna takes place. The last one reportedly saw evidence given by Saban and one of his attorneys, Las Vegas lawyer David Chesnoff. By all accounts the hearing went well for Saban’s side and in March it will be Krane’s turn.

That will be difficult, however. Two of his witnesses, Greenstein and Wilk, have no plans to travel to Austria and have stated their intentions to plead the Fifth Amendment at any U.S. hearing or any hearing conducted in America on behalf of the Viennese court. Then, Krane has his own travel restrictions to contend with, although Judge Anneliese Kodek has reportedly extended the opportunity for American witnesses to give testimony through video conferencing.

In July Krane’s attorney, Marty Singer, sued Saban and his wife, Cheryl Saban, and filed a complaint asking the court to have Saban’s claims on Krane’s $36 million adjudicated in California, not Austria. Not only were most of the case’s principal actors living here, Krane’s side argued, but Austria has no provision for compelling one side to make discovery evidence available to the other.

The motion was stayed by Superior Court Judge Kenneth Freeman and the Vienna court proceedings went ahead. In November Singer filed an amended complaint seeking  an "amount to be no less than $36 million" from Saban on each of two causes of action. (“Now,” reads one representative passage, “to protect himself and his secrets, including secrets that implicate major foreign policy in this country and prominent foreign public officials, Saban seeks to scapegoat Krane.”)

Friday morning Krane attended a brief hearing on the new complaint. Freeman’s initial reply was to stay Singer’s motion until the Austrian court had concluded its case.

Singer then argued that the leisurely Viennese legal waltzing could take two years, whereupon Freeman agreed with Singer’s suggestion to a stay of only six months.

In July, then, everyone will return to Freeman’s court older and wiser of what happened in Vienna. If the case is still being heard there, however, Freeman said he’s very likely to stay the complaint for another six months.

For now, as he says, Krane has no expectations – either about the direction of the case or whatever cautionary lessons people may read into Krane’s rise and fall.

“Let people draw their own morals from this,” he says.