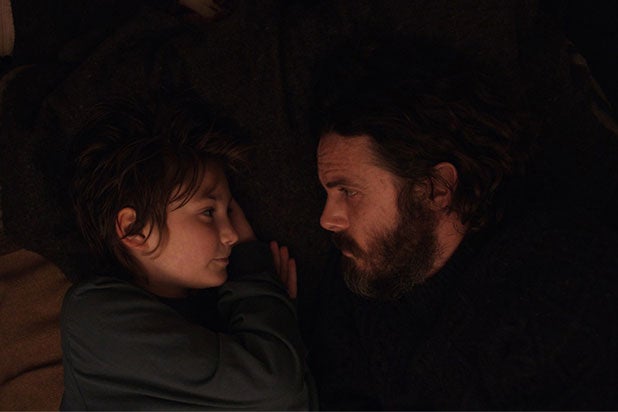 Saban Films has acquired U.S. rights to Casey Affleck’s new film “Light of My Life,” which premiered at the Berlin Film Festival last month, the distributor announced on Friday.

Affleck wrote and directed “Light of My Life” and stars in the drama alongside Elisabeth Moss and Anna Pniowsky.

The film is a dystopian survival drama that follows a father and his young daughter, who journey through the outskirts of society a decade after a pandemic has wiped out half the world’s population. As the father struggles to protect his child at all costs, their bond — and the character of humanity — is tested.

“This has been a passion-driven project for the filmmakers, who have crafted a beautiful and sophisticated film, grounded with superb performances,” Saban Films president Bill Bromiley said in a statement. “We couldn’t be more honored to be part of such a dedicated team. Our audiences will fall in love with the intensity and sincerity of this character-based survival drama, focusing on a strong father-daughter bond.”

The film is Affleck’s narrative feature directorial debut. The Oscar-winner previously directed Joaquin Phoenix’s “I’m Still Here,” which documents the actor’s transition from the acting world to a career as an aspiring rapper.

Bromiley and Jonathan Saba negotiated the deal for Saban Films, with Endeavor Content on behalf of the filmmakers. Sierra/Affinity will handle the film’s international rights.

“On behalf of everyone involved in the making of ‘Light of My Life,’ I’d like to thank Saban Films for their passion, commitment and support,” Schwarzman said. “‘Light of My Life’ has been a labor of love for the entire cast and crew, and we look forward to working with Saban to bring ‘Light of My Life’ to audiences across America.”