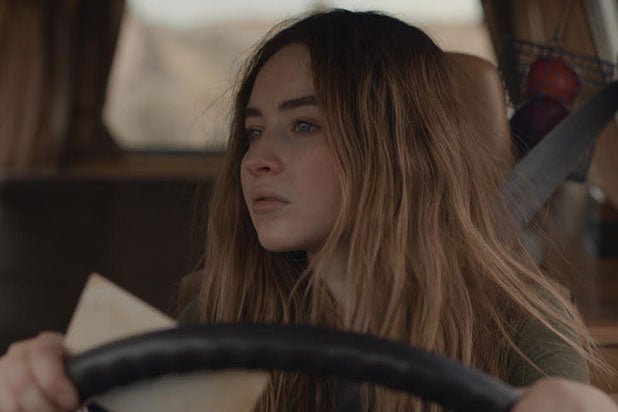 FilmRise has acquired the worldwide rights to “The Short History of the Long Road,” featuring singer and actress Sabrina Carpenter in her first lead role in a feature film, TheWrap has learned exclusively.

Danny Trejo, Steven Ogg and Maggie Siff also star in the film that is set for a theatrical release on May 15. Ani Simon-Kennedy wrote and directed the feature. Simon-Kennedy was the winner of the Special Jury Mention Best Screenplay Award at the 2019 Tribeca Film Festival.

“The Short History of the Long Road” stars Carpenter as Nola, a teenager who grew up living out of a van with her father. When tragedy strikes, she must come to terms with the fact that living life as an outsider might not be her only choice, and she must integrate into a society she’s never known.

“We are excited and honored to release Ani’s unique off the grid/coming-of-age narrative feature,” FilmRise CEO Danny Fisher said in a statement. “Unique award-winning films like ‘The Short History of the Long Road’ are a welcome addition to our growing indie film slate produced and directed by a new generation of exceptional filmmakers.”

This is Simon-Kennedy’s second feature, her first being “Days of Gray.”

Carpenter, whose credits include “Law & Order: Special Victims Unit,” “Girl Meets World,” “The Hate U Give” and “Horns,” is repped by Paradigm, Foundation Media Partners, Faculty, and SGSBC. The deal was negotiated by Paradigm on behalf of the filmmakers and Max Einhorn, Head of Acquisitions for FilmRise.