Having served as White’s second-in-command since 2010 and as the union’s general counsel since 2006, Crabtree-Ireland’s promotion was confirmed in a special meeting of the SAG-AFTRA National Board of Directors, which approved with 64.8% of the vote.

“It is an honor to accept this position and I look forward to continuing to work with members, the National Board, local boards, officers and staff in this new role,” Crabtree-Ireland said in a statement. “Together, we will build on the successes that have been achieved in recent years, as well as strategizing and innovating for the future as we navigate the dramatic changes taking place in our industry. I am grateful to the National Board for its vote of confidence and remain in awe of SAG-AFTRA’s remarkable history and service to its members.” 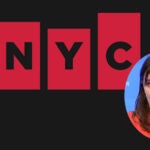 “I couldn’t be more pleased that our board has selected Duncan Crabtree-Ireland as national executive director. Duncan is a natural choice, an experienced leader and well respected by members and staff,” said guild president Gabrielle Carteris. “I am confident that under his leadership, the union will continue building on the achievements and stability he has overseen working alongside David White over the past dozen years. I congratulate Duncan and look forward to working with him in his new capacity.”

Crabtree-Ireland has been involved in multiple key initiatives for SAG-AFTRA during his time at the guild, most recently as the main point of contact between the organization and other guilds and studios during the development of Hollywood’s COVID-19 safety protocols and the Return-to-Work Agreement that allowed film and TV shoots to resume last fall. 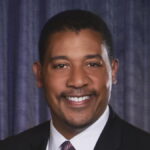 He was also a key figure in the merger between SAG and AFTRA in 2012, oversaw negotiations for the first ever union contract between the guild and Spanish network Telemundo and served as the guild’s lead music contract negotiator, securing landmark compensation terms for music and music videos used on streaming platforms.

Crabtree-Ireland will take the national executive director spot during a busy time for the guild, as SAG-AFTRA continues to monitor the COVID-19 vaccination process to determine when safety protocols may be lifted and whether labor groups should push for vaccines to be mandatory to return to work later this year.

The SAG-AFTRA Health Plan is also facing heat from some members for its changes to minimum earnings requirements to qualify for the plan, leading to thousands of retirees losing their coverage and being forced to find alternate Medicare supplement coverage. A class-action lawsuit was filed by ten members against the SAG-AFTRA Health Plan trustees last December, claiming that the changes are a form of age discrimination.