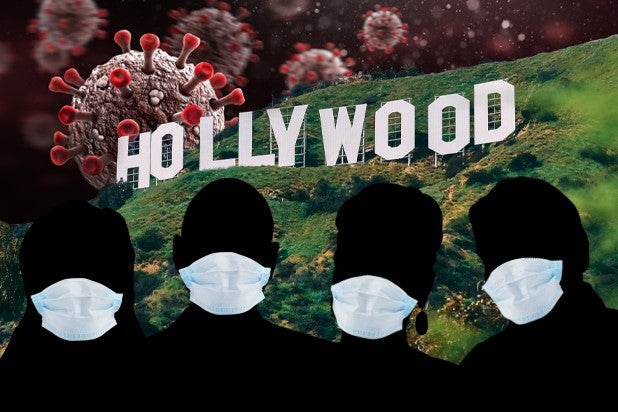 She made her wardrobe call at 4 p.m. The recognition on the parking attendant’s face wasn’t lost behind the Dodgers logo on his facemask. His eyes crinkled from the wide grin that comes with coming face-to-face with a celebrity. After all, this is a famous woman who had helmed one successful series after another for almost a generation. She returned his smile while donning her own mask. Following the guard’s directions, she found the wardrobe trailer and stepped inside. It could very well have been fatal.

She was shocked by what she saw. The only mitigation being practiced was the unmitigable gall of zero social distancing and no masks to be found on those who were fitting her for a prestigious national account commercial. The kind of commercial that pays residuals. The kind that used to qualify you on its own for SAG-AFTRA Health Plan Insurance.

The kind of coveted policy that SAG-AFTRA seemingly negotiated away from senior performers. Yes, those performers — beloved character actors who make the sacrifice of being type-cast in part because of the promise that their union will provide for that sacrifice when all the income they have coming from decades of work are residuals. That, and the occasional fan convention, if they’re lucky.

This woman is an actor who is afraid of her union. I had to promise not to use her real name, and she’s not the only senior actor who did not want to go on the record with me. She has a right to be afraid. In an industry where ageism begins at puberty, you are pretty much screwed once you reach that age where your residuals promise an easy quasi-retirement and the comfort of their dependence on the SAG-AFTRA Health Plan Insurance — the gold standard in health care that many other unions aspire to provide.

“I used to be afraid of being out of work. Now I’m afraid of going back to work,” lamented a well-known and grizzled character actor who hasn’t had a good night’s sleep since SAG-AFTRA notified him and the 160,000+ other members that life as they’ve known it was about to change.

A bit much Mr. Blogger? Isn’t this a reach, even for you? Not at all – ask yourself how you would react upon notification that your health plan was being shape-shifted into something that even COBRA puts out of reach for you and your dependents. There aren’t many people of retirement age who are used to subsisting on residuals that can now pay hefty COBRA charges.

One thing is obvious: Tom Cruise, George Clooney, Tom Hanks and other “hi-pros” won’t be affected. They can afford the best supplemental retirement plans available. Who is affected are the actors who struggle to work in order to meet the minimum requirements for eligibility. The actors who now are being urged to augment their SAG-AFTRA Health Plan with Medicare.

But as the pitchman says, “That’s not all!”

In an age of COVID, many senior actors fear the workplace, and for good reason. They feel now as if they’ve been forced out of retirement and put back on active duty if they want to keep their health plan. The health plan that needs to be seriously cut because it’s running out of money. Sound familiar? It should. The same reason was given a decade ago when the Motion Picture and Television Fund tried to shutter motion picture long term care. I can still hear the plaintive refrain of “We can no longer afford it,” said by some of the richest entertainment moguls on the planet.

I remember those days. Seemingly good people forced to execute a plan that efforted to remove long term care from the storied Motion Picture Home in Woodland Hills. People like my mother were urged to relocate to facilities that accepted MediCal and Medicare as primary payment for their care. I can still smell the piss and excrement masked by Lysol that greeted us as we toured these kennels. We became intimately familiar with the term “transfer trauma,” when motion picture and television elderly died after transitioning to these human warehouses.

“Remind you of the Motion Picture Home?” one senior performer asked me. “This time you can’t blame Katzenberg. The enemy is even bigger!”

Old habits die hard. We fought then and we won a decisive victory to keep the doors to long term care open — and we will fight again.

Actors weren’t the only ones who refused to go on the record. The plan administrators also spoke to me on condition of anonymity.

In conversation with a senior health plan executive, his response to my query on the fears and hesitation of senior performers who have to now find work in a Covid-riddled world will not soon be forgotten: “I would be fearful too.”

Fear is the last thing that SAG-AFTRA wants to convey to their senior members. Yet fear is the knee-jerk reaction in those most affected by these changes.

Also Read: 'We Are Being Left Behind': Retired Hollywood Actors Protest Changes to SAG-AFTRA Health Plan

A recent article stated over 3,500 performers and 2,800 of their dependents are projected to lose their healthcare under restructuring. But, that’s not true. Those 3,500 are just on one of the plans — Plan 2. There are another 8,200 who will be losing their Senior Health coverage from other plans; logic dictates that it’s probably called Plan 1. That’s a total of 11,750 “participants,” not counting their dependents.

SAG-AFTRA complains that they are running out of money because of the hit that production is taking from COVID. That should mean that when production comes back, ultimately the health plan would once again be funded properly. Then, let’s just wait. Not only do we have vaccines waiting in the wings, but if George Clooney can gift 14 friends with one million dollars each* then surely he, Messrs. Hanks, Cruise, Freeman, Streep, etc., etc. might be interested in helping to augment the shortfall.

I mean, come on – the actors who are set to lose this important benefit of their health plan are the actors whose shoulders they stand on. Clint Eastwood wouldn’t let this happen. Neither would Dustin Hoffman or Julia Roberts. No way.

This is not too much for a great union like SAG-AFTRA to figure out.