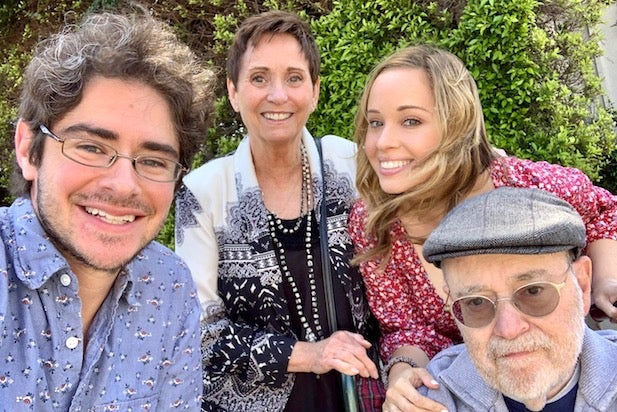 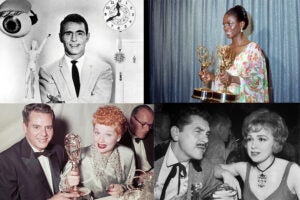 ‘We Are Being Left Behind': Retired Hollywood Actors Protest Changes to SAG-AFTRA Health Plan

David Lander had been a member of SAG-AFTRA long before he got his big break as Squiggy on the classic 1970s sitcom “Laverne & Shirley.” But now, he and thousands of retired members of Hollywood’s actors guild are about to be thrown off of their health plan due to drastic changes being made to cut costs in the wake of the COVID-19 pandemic.

And that’s especially bad for Lander considering that he has spent the past 36 years grappling with multiple sclerosis. “People need to know how serious this is,” he told TheWrap. The health plan “has kept me alive, and I never thought it would disappear.”

Lander and his wife, Kathy, are two of a dozen retired SAG-AFTRA members who told TheWrap that the sudden changes to the guild health plan — announced last week after the union’s health plan trustees reported a $141 million deficit for the year — have thrown them into a state of deep uncertainty that they may no longer be able to afford necessary treatment.

Most asked to remain anonymous to protect sensitive health information. But the retirees interviewed have been diagnosed with a wide range of serious medical conditions, from cancer to debilitating illnesses and disorders, all of which require treatments that cost thousands of dollars even with Medicare.

“I had a solid plan with SAG-AFTRA. My doctors called it a Cadillac plan,” one member, who has been with the guild for 27 years, told TheWrap. “Now, I feel completely desolate without it. I have to enter this Medicare process, and it is going to cost me thousands to get what my husband needs.”

As a result of pandemic-fueled financial troubles, SAG-AFTRA on August 12 announced significant raises to premiums and minimum earnings requirements that it says are necessary to keep the entire plan afloat. Quarterly premiums will jump to $375 — or $747 for those with two or more dependents. Members under 65 will also now have to earn $25,950 or work at least 100 days during a 12-month base earnings period to qualify for coverage.

But the biggest change for seniors is that they will no longer be able to count residuals — which many Hollywood retirees rely on as a fixed income — towards that minimum earnings count.

“It’s infuriating. I’ve been in meetings telling us that this will knock 10% of health plan members off of coverage,” said one member who has been on a guild health plan since 1985. “Well, that 10% is going to be scrambling to get health care in the middle of a pandemic, and the great share of that burden will come on seniors. We are being left behind.”

For these members, a variety of difficult decisions lie ahead. One member said that her husband is now considering undergoing a surgical procedure that he was told by his doctor could wait until after the pandemic subsided. Now, he worries that the surgery will be too expensive without the guild plan and wonders if he will have to risk contracting COVID-19 in the hospital to undergo the operation before his insurance expires.

Even for those without such pressing matters, rising health care costs and long searches through health care marketplaces and applications await. SAG-AFTRA and health plan trustees have told retirees that they will be able to find replacements for their Medicare supplements through the Via Benefits marketplace starting in October, which they promise will provide expanded options and a health reimbursement account for senior performers. Some trustees have spoken out to reassure the membership, including former SAG president Barry Gordon.

“I was skeptical at first, but was pleasantly surprised,” Gordon said in a statement. “I was able to do an anonymous test run with Via Benefits and quickly located a comparable plan at a similar price. In fact, I actually found several options. I hope people give it a chance rather than simply assuming that they won’t find a comparable plan.”

But not everyone has been encouraged by what they’ve seen so far in their early searches for replacement coverage. Kathy Lander said that she and David both enrolled in Medicare Part A and B when they turned 65, using the health plan to cover whatever Medicare didn’t. Without the guild plan to support them, they will now have to turn to Medicare supplements to cover David’s MS care. The cost of that supplement: $12,000 per year.

“I’m 73 now, and it is much more expensive for this supplement plan than it it would have been if David and I had signed up for it when we first qualified for Medicare, because now we are considered by the insurers to be at greater risk.” Lander said.

The production shutdown due to the coronavirus pandemic has only worsened the financial predicament of both the health plan and the union itself. (The guild has laid off 108 people, roughly 20% of its workforce, since March.)

While the pandemic was the trigger, the changes are also connected to years-long trends both within the guild and nationwide. Inside SAG-AFTRA, the health fund has seen its surplus turn into a growing deficit since SAG and AFTRA merged in 2012. In both newsletters announcing the changes and virtual town halls with members, health plan trustees said that employer contributions to the plan have not kept up with the rising costs in health care despite negotiations with health care providers.

“The Trustees of the SAG-AFTRA Health Plan have taken a difficult but necessary action to address financial deficits facing the plan.  The impact of healthcare costs that are continuing to skyrocket has been exacerbated by a global pandemic that has brought our industry to a standstill and dramatically diminished contributions to the Health Plan,” read a statement from plan representatives.

“In order to continue to provide high-quality benefits to the greatest number of participants, we must implement changes now in order to preserve the long-term sustainability of the Health Plan.”

The guild’s new contract with the Alliance of Motion Picture and Television Producers — which members approved last month with 74% of the vote — includes a 1% increase in AMPTP contributions to the guild’s health plan, with the option of shifting an additional .5% of the wage increase in years 2 and 3 to the health plan or the SAG Pension Plan/AFTRA Retirement Fund

But despite that increase in contributions from studios, the health plan trustees now say that its not enough to stave off this new premium surge. This has lent new fuel to the SAG-AFTRA Los Angeles local, which vocally opposed the AMPTP contract and views the health plan changes as evidence that not enough was done to get studios to raise caps further on their health plan contributions. Many of the L.A. local leadership are among the 15,000 guild members who have signed a Change.org petition urging that the changes be overturned, and at a virtual town hall this past weekend, the local suggested that it may take legal action to stop the changes.

“Speaking personally and perhaps for every performer lucky enough to actually have a pension — we don’t ‘retire,'” Frances Fisher, vice president of the guild’s L.A. chapter, wrote on the petition page. “I have to keep working to pay my bills. And now my dwindling residuals don’t count as earnings to help keep my health care? During COVID when only lucky stars are working? This is one of many things wrong here.”

Kathy Lander echoed those sentiments. “The plan has been faltering for years, but I never thought that they would drop this on us now. And it does feel really fishy to me that this happened just after we approved a new AMPTP contract where we were given no warning by the leaders that this was coming.”

Sources with knowledge of the health plan have told TheWrap that waiting until after the pandemic subsides to make cuts would force trustees to make steeper cuts, including a larger increase to the earnings requirement, that would force an even larger percentage of members off the plan, and that larger increases to employer contributions would not have been enough to stave off the plan changes. Health plan trustees project another $83 million deficit next year, and warn that financial reserves would run out by 2024 without these changes.

Also Read: SAG-AFTRA Has Laid Off Over 100 Employees Since Start of Pandemic

The SAG-AFTRA premium hikes are also tied into a larger debate over the American health care system that has become a major factor in the 2020 presidential election. Andrew McGuire, head of single-payer organizing network California OneCare, argued that the lack of cost controls in the Affordable Care Act has allowed insurance companies to raise premiums well above the rate of inflation. Worse, many guild retirees will be turning to a private Medicare supplement marketplace that is similarly flawed.

“What we’re seeing now with these escalating costs and Medicare supplements is the result of decades of Republicans chipping away at the protections Medicare offers and the ability of the government to negotiate costs with insurers and pharmaceuticals,” he said.

During the Democratic presidential primary, one argument against single payer by eventual nominee Joe Biden was that such a system would take away the health care plans that unions have negotiated. It was an argument that he took to labor town halls and to forums hosted by the AFL-CIO. “I have a significant health care plan,” Biden said last September. “But guess what? Under mine, you can keep your health insurance you bargained for if you like it. If you don’t, you can move, and you can come into a public plan.”

Should Biden defeat Donald Trump and Democrats take control of Congress in November, many expect the party to make changes to the ACA and consider implementing a public option instead of the Medicare-for-All plan pushed by Sen. Bernie Sanders and the more progressive wing of the party. But McGuire believes that many union members like those in SAG-AFTRA who have lost their union-provided health care during the pandemic may be more receptive to a single-payer approach.

“The issue of single payer split a lot of unions during the primary, but there had been some unions that didn’t buy into the idea that their plans needed to be protected,” he said. “This pandemic is going to push some of the more recalcitrant unions towards single payer, and that’s going to make it more politically viable among the Democrats.”