The Screen Actors Guild has chosen the nominating committees for its 2011 SAG Awards, selecting 2,100 of its more than 125,000 members for a committee that will select the feature film nominees, and another 2,100 to choose the television nominees.

As for the identity of those influential 4,200 … don’t even ask.

Members of the nominating committee are chosen randomly, and their names are never disclosed. In fact, the movie studios that want to supply screeners to the committee members are instructed to send those screeners directly to SAG; the guild then passes them along to committee members. 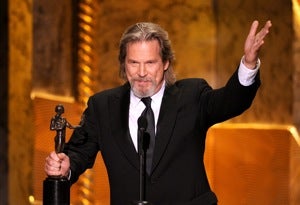 Actors are not allowed to serve on a nominating committee if they have done so in the past five years.

Once the nominations are announced, all active members receive final ballots.

In announcing the selection of the committees, SAG Awards Committee Chair JoBeth Williams also revealed the deadlines and dates for the 17th SAG Awards, which will take place on January 30, 2011.

Thursday, Dec. 16, 2010
Deadline for Paying November 2010 Dues and/or Changing Address with SAG to be Eligible for Final Balloting