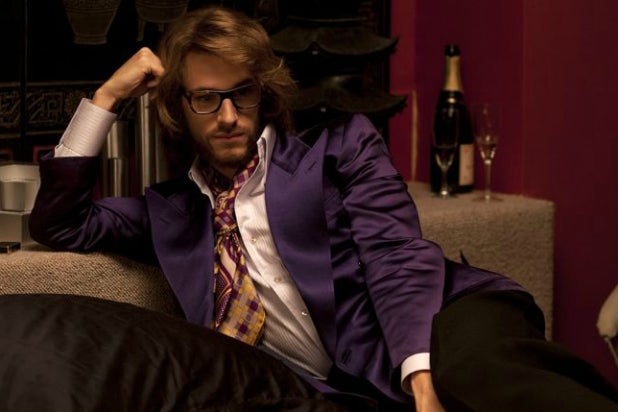 In the case of the rivaling Yves Saint Laurent biopics, Bertrand Bonello’s “Saint Laurent” is the show-offy stepchild of the two. Bonello’s film covers more decades in the iconic fashion designer’s life, boasts the glitzier cast, and, most importantly, was named France’s Oscar submission for the most recent Foreign Language Film category.

Bergé’s refusal to participate theoretically offered Bonello greater narrative freedom to paint his own portrait of the prêt-à-porter pioneer, who died in 2008 of brain cancer. Frustratingly, then, “Saint Laurent” is a dutiful slog, rattling off the fashion titan’s struggles and achievements with little context, perspective or dramatization. It’s the movie equivalent of a row of trophies, all with blank plaques, or a bust of some anonymous Ozymandias — a vision of greatness with all the memorable details sanded off.

When we first meet him, Yves Saint Laurent (Gaspard Ulliel) is a bored and broken monument, cushioned by his fame and fortune but whittled down by exhaustion, addiction and ennui into something barely there. Little of the real-life designer’s Pharaonic visage is visible in Ulliel’s elfin mien, but the actor anchors the picture with insouciant impatience and calm, smirking lust.

Mostly set during Saint Laurent’s heyday in the ’60s and early ’70s, the film tells a familiar tale of hedonistic self-destruction and redemptive creativity. During his younger years, the designer was at work even while hitting the clubs, recruiting model Betty Catroux (Aymeline Valade) away from Chanel after watching her lanky, hyper-confident moves on the dance floor. His admiring eye leads him to another muse and lifelong friend, bohemian aristocrat Loulou de la Falaise (Léa Seydoux). But Bonello’s mere recounting of facts hardly grants Saint Laurent himself any insight or depth, let alone his relationships. Bergé (Jérémie Renier), too, comes across as an unpredictable cipher, a victim in one scene and a tyrant in another.

The film is bookended by the designer’s signature looks: the powerfully androgynous suit of the sixties and the opulently Orientalist peasant blouses and full skirts of the seventies. (Faithful to the originals or no, the film is a repast of style, especially when the garments are in motion.) Saint Laurent was instrumental in creating the postwar image of modern femininity and in introducing more models of color to the catwalk. These accomplishments are alluded to visually in the film, but they’d be lost on viewers who didn’t bring that knowledge with them to the theater.

Likewise, an early split-screen montage juxtaposes the designer’s creations with images of the May 1968 student protests and the Vietnam War, and it’s vexingly unclear what Bonello is attempting to say about the relationship between Saint Laurent’s designs and the larger world around them. Things get even more incoherent when an older, half-senile version of Saint Laurent (Helmut Berger) appears in the third act, skimming celebrity tabloids and seeking reassurance that he’s not a has-been.

Ironically, then, a designer renowned for his brilliantly precise lines and proportions — enough to make a dress out of a Mondrian painting — is paid tribute by a work with disappointingly sloppy structure. “Saint Laurent” might glitter like the real thing, but a careful look at the construction shows it’s really just a knockoff.