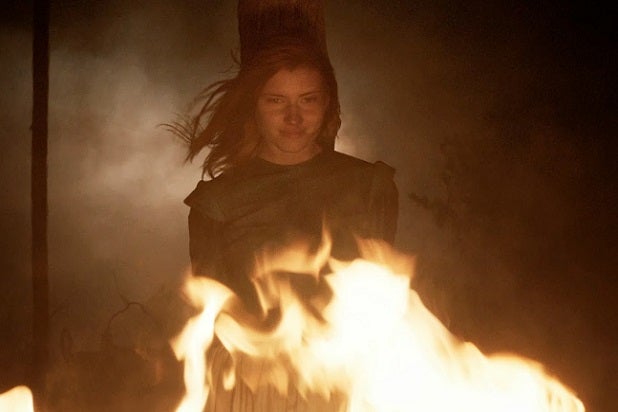 The premiere of WGN America’s first original series “Salem” provided a ratings surge for the network, yielding the network’s best numbers since 2007.

The witch series, which stars “ER” alum Shane West and Janet Montgomery, drew 1.5 million total viewers with its 10 p.m. premiere, with 647,000 of them in the advertiser-coveted 18-49 demographic — a 635 percent jump over WGN America’s Sundays at 10 p.m. season-to-date average in the demo.

Over four airings, the “Salem” premiere amassed 2.3 million total viewers, with 886,000 of them in the demo.

“We are thrilled with the audience turnout and reaction to ‘Salem,'” said Matt Cherniss, President and General Manager, WGN America and Tribune Studios, of the premiere ratings. “These numbers far exceeded our expectations, especially given that we are currently only in 72 million homes. We look forward to seeing these numbers grow over the next few days with time shifting.”

WGN America will follow up “Salem” with the premiere of its second original drama “Manhattan” in July, as well as the event series “Ten Commandments,” which will premiere next year.