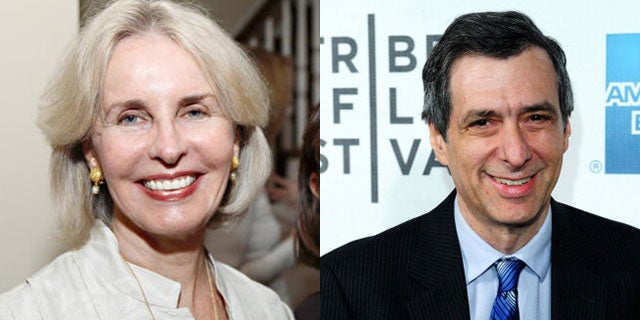 Howard Kurtz's bizarre obsession with female nudity has drawn the ire of writers at his former newspaper stomping grounds.

"I thought Howard was a decent guy, I thought he was my friend and I'm appalled and really heartbroken that he would do something like this," Quinn, a columnist for the paper, told MediaMatters. "Why would you want to hurt somebody?"

Kurtz accused Bradlee of trying to drum up Facebook friends by taking her clothes off and posing for salacious photos. Quinn, on the other hand, said she found Bradlee's photos to be "beautifully taken" and consistent with her profession as a yoga teacher. "Why would he want to hurt me and Ben and Quinn and Pari by doing that? I just don't know. Ben has seen the photos…but they're not revealing."

"It makes it look like he is an old geezer, I feel sorry for him," she added.

WaPo's media columnist, who replaced Kurtz after he left his longtime post in 2010, also weighed in. Erik Wemple called Kurtz's post a "nothing-sandwich," adding that Kurtz was the only person who seemed to find anything worth noting in Bradlee's photos.

"Kurtz himself refrains from alleging that the pictures go too far," Wemple wrote. "He merely asks if they go too far, which means he thinks they go too far, but by asking the question, he gets to claim that hallowed middle ground he’s spent his entire career clinging to."

Wemple ended with a dig at Kurtz's new employers: "Kurtz is elevating the editorial standards of Fox News."