This story on Salma Hayek first appeared in the Down to the Wire issue of TheWrap’s Oscar magazine.

Salma Hayek is on the front lines of the sea change happening in Hollywood for women. Last year she stunned the world with her detailed accusations of how Harvey Weinstein bullied and sexually harassed her during the making of the 2002 Frida Kahlo biopic “Frida,” a film which won her an Oscar nomination for Best Actress. (Weinstein apologized for his “boorish” behavior.)

A decade and a half later, the Film Independent Spirit Awards have recognized her with a new nomination, Best Female Lead, for her performance in “Beatriz at Dinner.” In the film, Hayek plays an idealistic working-class masseuse exchanging barbed arguments with the one-percent (mainly played by John Lithgow) at an elegant dinner party in a Southern California mansion.

How are you feeling about the change in Hollywood and beyond?
I am feeling great. Not only because it’s about time. Because I see there is a new collective consciousness beginning to come out of this. Also because it gives me hope for many other subjects. We see that the change can happen. I’m very excited about it for women but not only for women. I am excited for humanity. Through us there will come many answers to many other subjects that have been not resolved.

What has been the feedback to your decision to tell the story of what happened on “Frida?”
It was not what I expected. I never thought that one article in the New York Times would be one of the most read stories of the year. It was huge. [It was the Times’ ninth most read story of 2017.] Many people said they were moved by it. I was quite shocked.

The story of our not having a voice, not being heard — it’s like, “Shut up, you’re supposed to be the pretty girl.” In this case, I felt no matter what I did or how I proved myself, I did not get acknowledged as a professional, a producer [by Weinstein or the other producers]. They are making sure they destroy your self- esteem. There are so many women who have gone through that, in all walks of life. That is a form of abuse, too.

There were things I didn’t say. They [the producers] decided that I was not a good actress, so they would send an acting coach. Remember, I was also producing, I was in every scene of the movie. They demanded I work with an acting coach for an hour before we started shooting, for her to tell me what to do.

On top of that she had a completely different vision of the character than myself and the director [Julie Taymor]. The director was not happy about this, for sure. It was a conflict every day, and it was a requirement for me. I was supposed to be obedient. If not, there would be repercussions. It was hell.

Eventually we got rid of the acting coach. But it was humiliating and completely unnecessary. Arbitrary. Because my director never had any doubt I could do it. We had already done rehearsals. We had everything set.
It was scary to talk about. I am a strong woman, and still I’m scared. 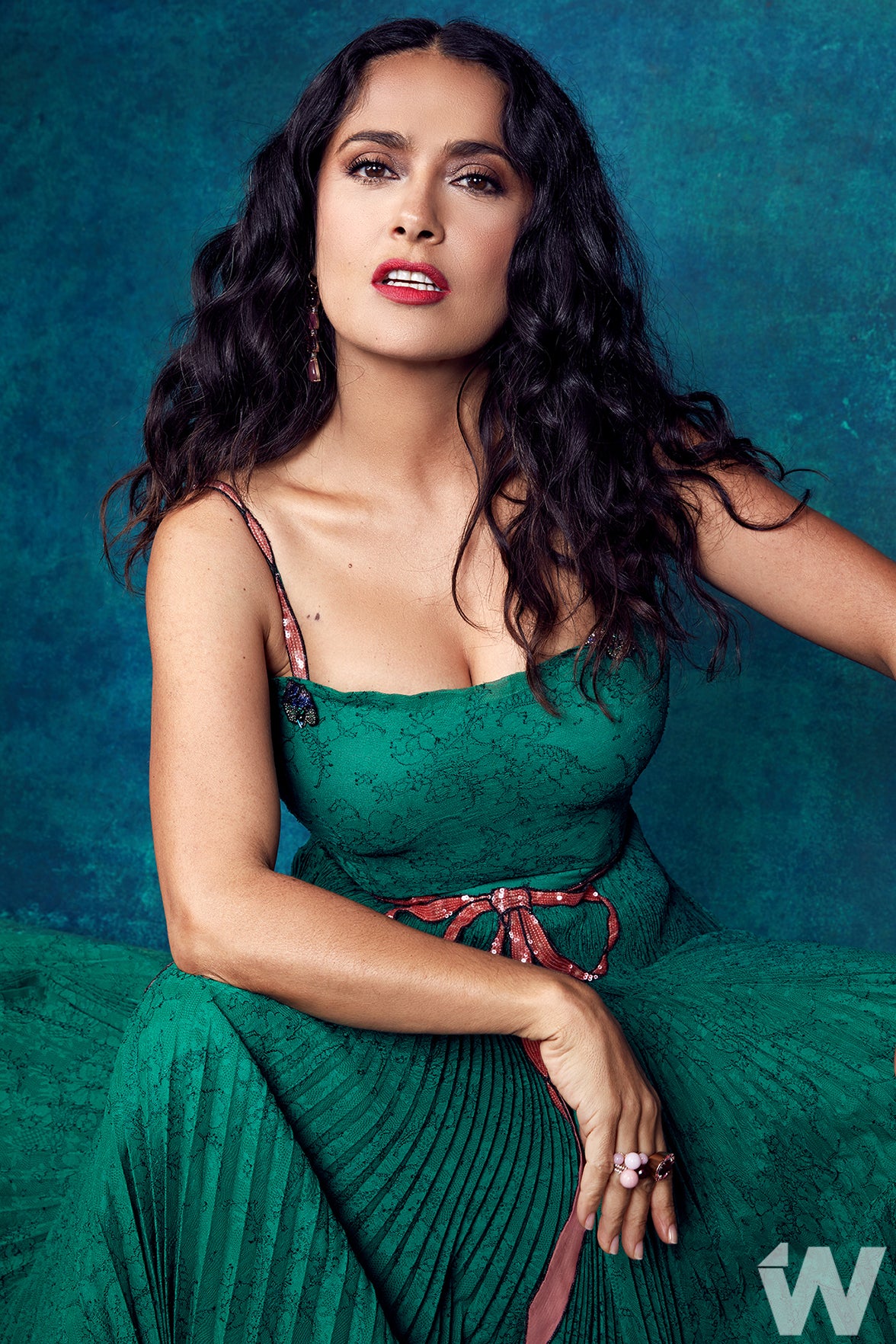 By contrast, how was your experience on “Beatriz at Dinner”?
It was nirvana. Instead of me trying to go like a salmon against the current to make something happen, it was two wonderful men who came to me [writer Mike White and director Miguel Arteta] who wanted to write the most amazing part for me. It never happened to me before.

Fifteen years after “Frida,” these two men made me feel acknowledged. “Frida” came out in 2002. I did get nominated, but I did not get lead roles for 15 years.

Why?
I have no idea. I’m just grateful. It was easy. I felt supported and appreciated.

You didn’t want to produce again?
I kind of gave up. There was something very specific about that story, about that time and place. It was personal to me. It meant something to me, not professionally, but in different way. Maybe that’s why I had that strength. I don’t know if I would have the strength to do this kind of battle if it was just for a professional reason.

How did you work with Miguel Arteta? Did he give you a lot of direction? And how did you prepare?
I got a lot of training in a lot of different things. I learned to masseuse. Miguel even had me learn tai-chi, which was more complicated than I thought. I didn’t even use it at the end.

The character was very well written, they had a clear idea, I understood it very well. We spent a lot of time talking about it, for a year. By the time we got to the set, I knew exactly what he wanted. And I did what he said. It was easy. It was wonderful. I cherish every word. He taught me a lot.

We were speaking in Spanish on a set in English, so we had our own little world. He’d give me little things in Spanish. It was very freeing. I didn’t have to look this way or that way. I didn’t think anyone was going to see the film anyway. The camera’s on my face the whole time, he didn’t want me to move a muscle.

I was really enjoying disappearing into that person. She’s not interested in sex at all. She’s interested in energy. There’s lot of love, though. It’s a love story with humanity.