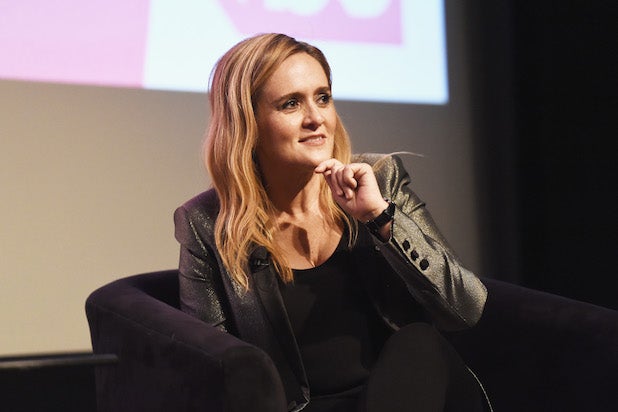 Samantha Bee opened up her latest edition of “Full Frontal” with a brief apology for calling Ivanka Trump a “feckless c–t” during last week’s show.

“A lot of people were offended and angry that I used an epithet to describe the president’s daughter and adviser last week,” said Bee before the official opening of her program. “I used it as an insult, I crossed the line, I regret it and I do apologize for that.”

Bee said that she had hoped to use the word in an effort to reclaim it, but that she sympathized with women who were hurt.

“Many women have heard that word at the worst moments of their lives,” said Bee. “I don’t want to inflict more pain on them… I hate that this distracted from more important issues. I hate that I did something to contribute to the nightmare of 24 hour news cycles.”

Bee set off a firestorm in her last show when she used the term, which came after Bee slammed Ivanka Trump for not standing up to her father’s immigration polices.

“Let me just say, one mother to another, do something about your dad’s immigration practices, you feckless c–t!” said Bee. “He listens to you. Put on something tight and low cut and tell your father to f—–g stop it. Tell him it was an Obama thing and see how it goes.”

The remark came just one day after comedian and conservative Roseanne Barr lost her ABC show — the top rated on television — over a racist joke directed at former Obama aide Valerie Jarrett. Many Barr supporters pounced on Bee demanding an eye for an eye.

The White House also weighed in, with Press Secretary Sarah Sanders condemning the remarks, while President Trump tweeted that the show should be canceled.

“Full Frontal” lost two advertisers before Bee apologized for the remarks. So far TBS has stood steadfastly behind the star.