Sam Reid will play the vampire Lestat in AMC’s “Interview With the Vampire,” which is based on Ann Rice’s popular novels.

The series will be available on both AMC and AMC+. 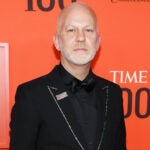 “Interview With the Vampire” was previously adapted into a 1994 movie starring Tom Cruise and Brad Pitt. Cruise played Lestat in the movie. Stuart Townsend also played the role in the follow up movie, “Queen of the Damned.”

Reid currently stars in the Australian drama series “The Newsreader.” His other TV credits include “The Hunting,” “Lambs of God,” “Prime Suspect 1973,” and “The Astronaut Wives Club.”