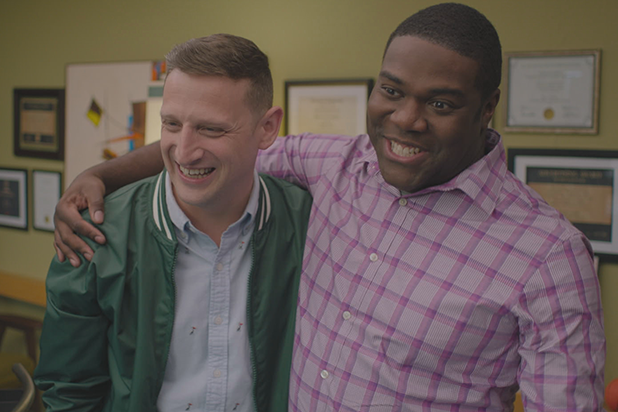 You ever turn to your BFF and say, “our lives should really be a TV show”?

That’s pretty much what Sam Richardson and his best friend Tim Robinson said about their 15-year plus friendship  — except they actually did it.

“Everyone’s like, ‘let’s make our life a TV show,'” Richardson told TheWrap in a recent interview. “The whole idea of the show was we wanted to show our friendship, and our love of the city of Detroit.”

Also Read: 'Veep' Star Sam Richardson Tells Us How He Rang in His First Week on the Show With Craig Robinson

Richardson added that “it’s not a cynical comedy,” noting that he and Robinson, who writes and produces the show with Richardson, “really try to make the show just as positive as possible.”

“Especially for the city of Detroit, because the narrative about that place is always ‘oh my god… they’ll shoot you there regularly,” he said. “We were like, well, Detroit is full of wonderful people and wonderful places, and they deserve to be shown as well.”

“My parents aren’t gangsters or murderers, you know?” he added, joking, “at least I don’t think they are.”

Richardson said that although his character is a bit of a caricature — “it’s like me, turned up to like a full 10, or a 12” — he and Robinson try to keep the experience of watching “Detroiters” as accurate to the city as possible.

“We’re showing a part of the city that is real, and that’s a very important thing to us to, like, have it be authentic and truly a Detroit experience,” Richardson said.

Except, you know, the whole hot beer thing.

“I’ve been approached by people who are like, oh, I think I’ve got a good understanding of the city from watching the show. Is it really like that? Do they really serve hot beer?” he said. Yes, it’s pretty accurate. But “hot beers? No, we made that up.”

The actors stop by StudioWrap for an interview and photo session