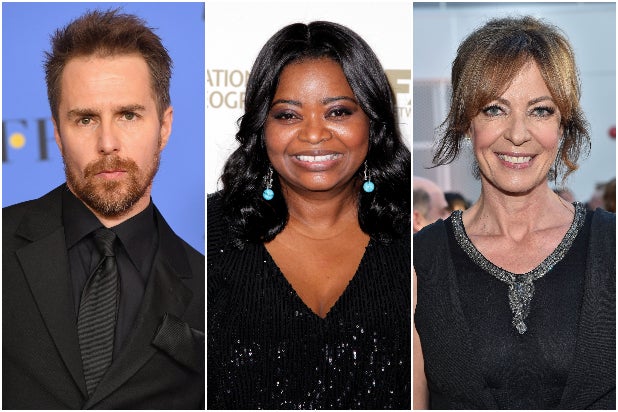 Sam Rockwell, Octavia Spencer and Allison Janney have joined the cast of “The Heart,” the next film from “The Descendants” screenwriters Nat Faxon and Jim Rash.

Faxon and Rash will direct the film from their original script, and Kevin Walsh and Ryan Stowell are producing via their The Walsh Company banner.

“The Heart” tells the story of Joe (Rockwell) and Lucy (Spencer) who, while desperate for cash, take the job of delivering a human heart from New York to Florida in 24 hours. When they realize that their delivery is destined for a black-market buyer who illegally skipped the donor list, they attempt to reroute it to its rightful recipient, but they are soon hunted down by multiple insane criminals — including the greedy millionaire buyer, his scorned brother, and Lucy’s own drug-dealing ex-boss (Janney).

Sierra/Affinity will handle the international sales of “The Heart” at the 2019 European Film Market in Berlin. Principal photography of the project will start at the end of 2019.

Faxon and Rash are currently in production on “Downhill” for Fox Searchlight starring Will Ferrell and Julia Louis-Dreyfus.