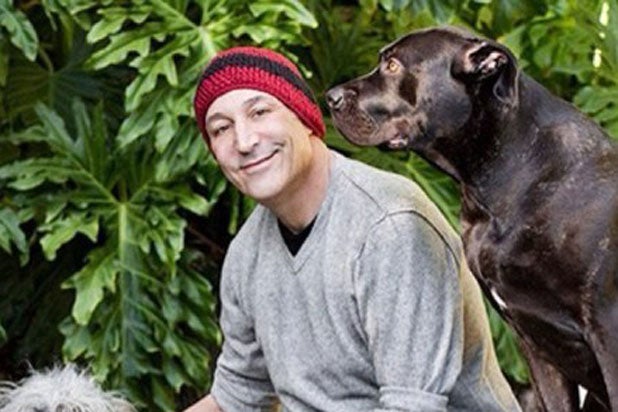 “The Simpsons” co-creator and producer Sam Simon died following a battle with colon cancer, it was announced on Monday. He was 59.

After being given three months to live following his diagnosis in 2012, Simon dedicated his $100 million fortune to charitable causes, chiefly the Sam Simon Foundation, which trains service dogs for the hearing impaired and returning veterans suffering post-traumatic stress disorder.

In August, the reputed animal rights activist teamed with Fusion on a documentary that chronicled Simon’s fight with his terminal disease and his efforts to rescue animals from harmful and abusive conditions.

Simon began his career drawing cartoons for two San Francisco newspapers before submitting an unsolicited script for an episode of the ABC series “Taxi.” It eventually aired and he was subsequently made a writer on the show after which he made stops on “Barney Miller,” long-running NBC sitcom “Cheers” and Fox’s “It’s Garry Shandling‘s Show.”

In 1989 Simon created “The Simpsons” alongside Executive Producer James L. Brooks and cartoonist Matt Groening. During his tenure, “The Simpsons,” now in its 26th season, became a cultural phenomenon, spawning a litany of consumer products and catchphrases, and reaching its TV ratings zenith in 1990, with 33.6 million viewers.

Differences with his co-creators compelled Simon’s exit from the show in 1993 with a royalties agreement that has since netted him “tens of millions of dollars a year,” he told Vanity Fair in October. “Which may not sound like a lot, but over 25 years, it adds up.”

A number of Simon’s former colleagues expressed their condolences, including longtime “Simpsons” producer Al Jean who issued the following statement: “He was a genius and a great humanitarian in ways public and private.  I personally owe him more than can be repaid, but I will do my best to help every animal I can in his memory.”

“We will miss Sam’s phenomenal talents, sharp intelligence, and sly sense of humor,” Groening said. “He is gone from our industry too soon.”

“He was truly one of the great ones. He found so much outside the work to give him pleasure and left so much behind for others,” Brooks said.

By the time of his passing, Simon’s philanthropic efforts had extended to marine-wildlife conservation and whale preservation, as well as free vegan meals for the disadvantaged.

Simon, who was once married to actress Jennifer Tilly, was unmarried and did not have any children.