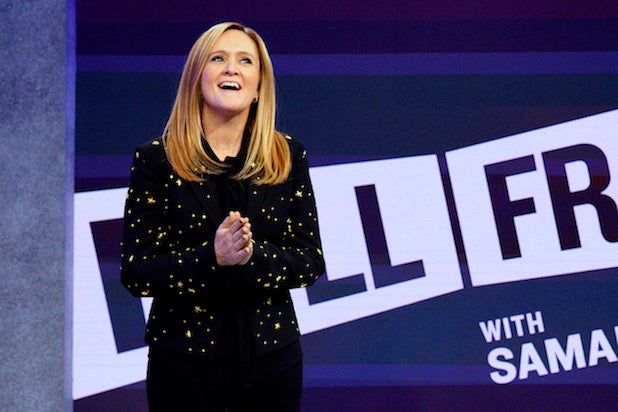 Samantha Bee says that her apology for calling Ivanka Trump a “feckless c—” on her TBS show “Full Frontal” in May was not meant to please those on the right who were angry with her comment — in fact, she found the whole incident “beyond overblown.”

“It was definitely unpleasant. It was a real learning experience. I was very surprised. I felt that it was incredibly overblown. Like beyond overblown,” she said in a recent interview with the Daily Beast. The backlash caused her to lose sponsors from her show and for TBS to completely scrub the episode from the internet.

In May, at the height of the outrage over the separation of immigrant children from their families at the southern border, Bee showed a photo Ivanka posted of herself cuddling her baby. “You know, Ivanka, that’s a beautiful photo of you and your child, but let me just say, one mother to another, do something about your dad’s immigration practices, you feckless c–,” Bee said in the segment. “He listens to you.”

In the following week’s episode of “Full Frontal,” Bee apologized. But she said she did not apologize to mollify the right, or as a “concession to their demands,” but rather because it felt like the right thing to do. The one thing she regrets about the whole incident, however, is that the criticism ended up distracting viewers from the message she was trying to get across.

“I was very regretful that that moment really took away from what I was trying to say with the segment,” she told the Daily Beast. “And the segment really effectively disappeared, you can’t find it anymore. That’s really a shame, because the subject matter was really important to me.”

The comedian/host continued to say that the show has “circled back to it multiple times after that, but it’s a story that hasn’t gone away yet. I felt like it did a disservice to the [separated] families. Not that we would expect to have a huge impact on them, but I felt that anything that took away from that story, which is so critical and an ongoing story that continues on to this moment, I felt terrible.”

“There is literally nothing that I can do to please loud voices on the right and I don’t expect to try anytime soon. It really wasn’t for them. I don’t really care what they think of me. A lot of the loudest voices that came out to speak about me should be embarrassed by their own conduct these days. I could not give a single f— what they think of me,” she said, adding that comedy will never please everyone.

For the Bee’s full interview with the Daily Beast, head over here