This story about Samantha Bee first appeared in the Miniseries/Movies issue of TheWrap Emmy magazine.

Has it been a windfall that you got your own show at the same time a Donald Trump presidency became possible?

I don’t think any of us thought [a Trump win] was totally possible. It was kind of fun at the beginning, I guess, when we first launched the show — it was a great circus in the primaries. [By] the election, we were so tired of talking about Donald Trump that we were so excited we wouldn’t have to talk about him anymore. But it has really been a major adjustment that we’re not getting [that break].

We don’t want to talk about him. It would be really nice if he would do something in a measured way or just settle down so we don’t have to talk about him, but unfortunately, it’s just the world we live in now.

Is it weird to acknowledge that your show and career really benefit from President Trump?

If I had the power to spin the world backwards and reverse the direction of time, I wouldn’t choose this. Even though on some level it has benefited me professionally, I still wouldn’t want it. I don’t feel weird admitting that. I don’t think it’s a secret I think [he’s] terrible for the country.

I’d rather live in a world with real, predictable leadership. We could still do our show, and we could still do our show very well. We have plenty to talk about. I was not concerned about the show in a Hillary Clinton world at all. I knew we would still have a great and funny, satirical topical show. I just thought that the subject matter would be more varied. 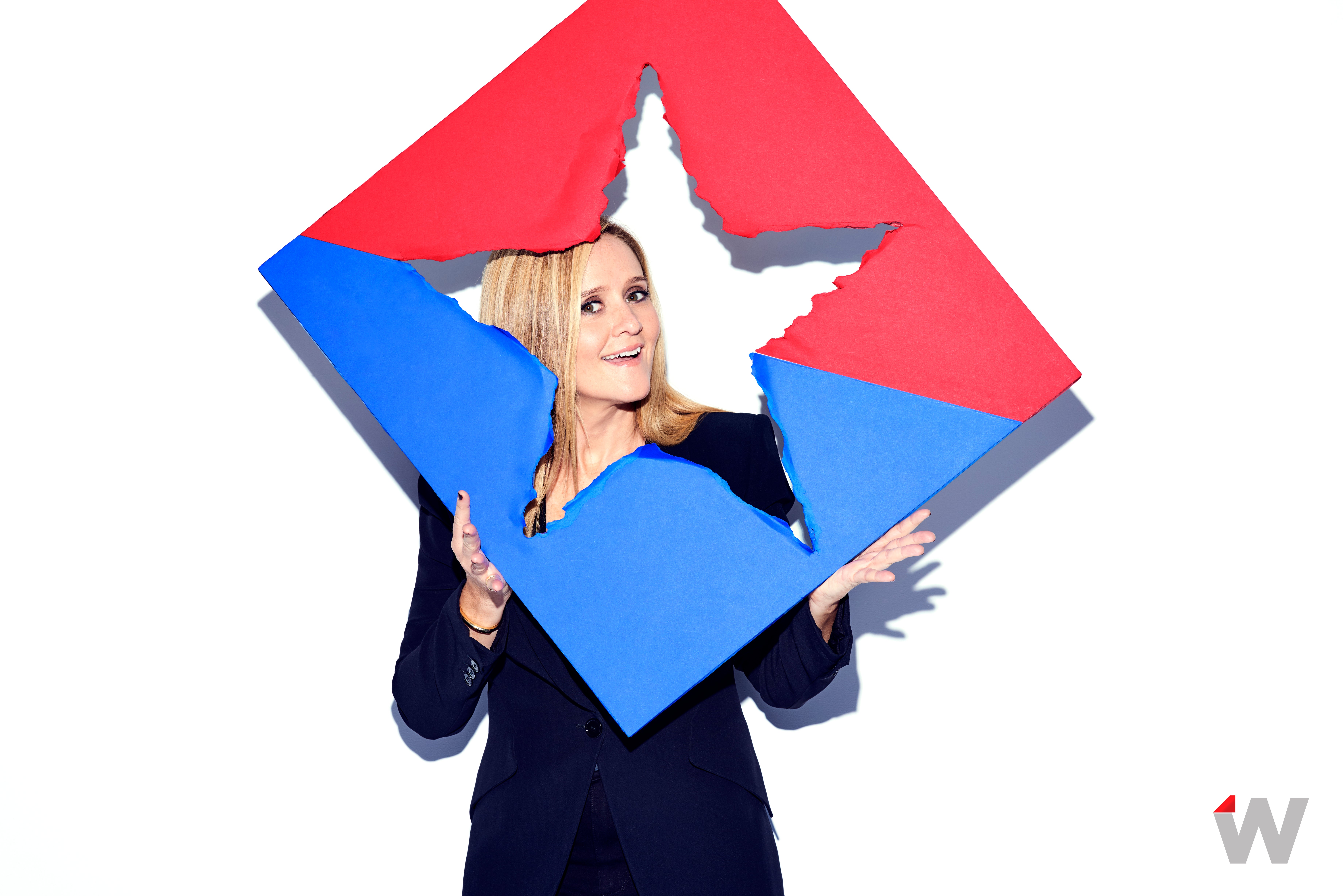 Is your writers room bummed out by that monotony of subject matter?

I wouldn’t say that it’s personal in the sense that we’re like, “Oh, I can’t believe we have to do this again.” It’s not really about us, it’s more: “I can’t believe these things are happening.”

I’d prefer these things were not happening. I really would prefer if we were holding up our end of the bargain in the Paris Climate Accord. It’s so disappointing. It’s just the weight of the things that we have to immerse ourselves in. That part is heavy. It’s not so much, “Oh, what a terrible burden that I have to keep doing this.” It’s more: “Gee, I wish these things weren’t happening to us as citizens and comedy writers.”

You publicly took the election results quite hard. Did you assume back then, though, that between November and now we’d have moved on from Trump hysteria?

I did, actually. I mean, we do [talk about] other topics, but I did think that things would calm down. Even in January I thought that things would calm down. That doesn’t seem like a real possibility to me anymore. I’m not sure I see the escape hatch or the light at the end of the tunnel. But, you know, I hope that it happens. I’ll always maintain a flicker of hope. I’ll try.

I haven’t lost my capacity to be shocked yet, and that’s probably a good thing. It keeps you young and vital — we’ll all live forever!