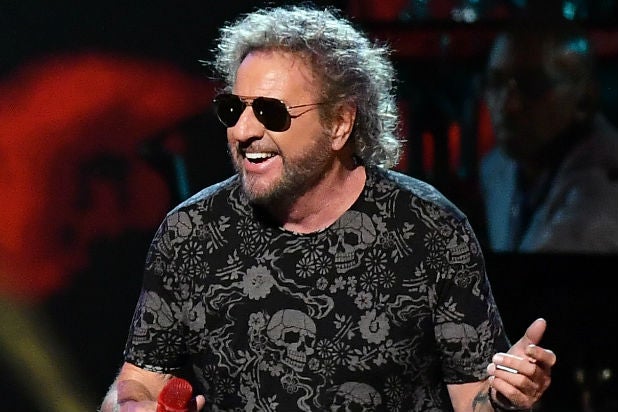 Count Sammy Hagar among those willing to risk illness or even death rather than continue the shutdowns caused by the COVID-19 pandemic. At least that’s what the former Van Halen front man and “I Can’t Drive 55” singer suggested to Rolling Stone on Tuesday.

Rolling Stone interviewed several veteran musicians, including Hagar, Bruce Springsteen, David Crosby and more to find out how they’re feeling about the ongoing shutdowns and the state of the music industry. Essentially all live music was cancelled as the quarantines began in March, and the cancellations are likely to continue even as states gradually reopen, mainly because states are seeing huge spikes in COVID-19 cases that may erase any gains from the shutdowns.

Most of the people Rolling Stone spoke to said they’re largely supportive of the quarantines, though they all agreed the shutdowns have been catastrophic for musicians, especially those who aren’t rich.

Hagar on the other hand said he’s willing to get back to playing ASAP, and is even willing to sacrifice his life if that’s what it takes.

“I’ll be comfortable playing a show before there’s a vaccine, if it’s declining and seems to be going away,” he said. “I’m going to make a radical statement here. This is hard to say without stirring somebody up, but truthfully, I’d rather personally get sick and even die, if that’s what it takes. We have to save the world and this country from this economic thing that’s going to kill more people in the long run. I would rather see everyone go back to work. If some of us have to sacrifice on that, OK. I will die for my children and my grandchildren to have a life anywhere close to the life that I had in this wonderful country. That’s just the way that I feel about it. I’m not going to go around spreading the disease. But there may be a time where we have to sacrifice. I mean, how many people die on the Earth every day? I have no idea. I’m sorry to say it, but we all gotta die, man.”

Sammy will do whatever he’s gonna do but on a personal level, we hope he doesn’t rush to get sick any time soon — we’d still like to catch him, not COVID-19, in concert sometime. Meanwhile, the number of people hospitalized for COVID-19 in California grew by 16% over the last two weeks.