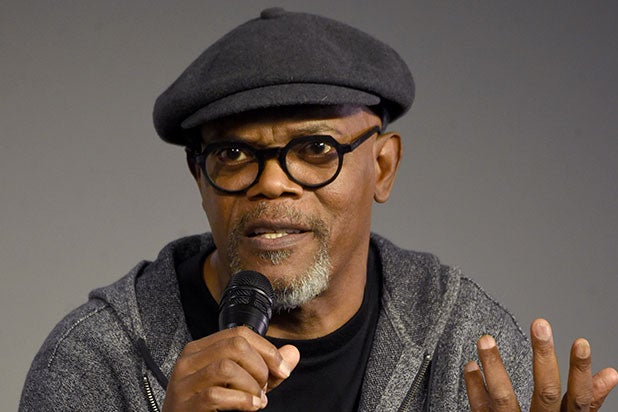 Samuel L. Jackson is clarifying a comment he made earlier this week about black British actors, saying he didn’t mean for it to be a slam but it was rather directed at Hollywood as a whole.

“It was not a slam against them, but it was just a comment about how Hollywood works in an interesting sort of way sometimes,” Jackson told the Associated Press at the premiere of his new film “Kong: Skull Island.”

Earlier this week, Jackson criticized the casting of black British actors in films about racism in America, citing recent horror hit “Get Out” and “Selma” as key examples.

“There are a lot of black British actors in these movies,” Jackson said in an interview with the New York radio station Hot 97. “I tend to wonder what that movie [‘Get Out’] would have been with an American brother who really understands that.”

The movie’s lead actor, Daniel Kaluuya, was born in London; in “Get Out,” he plays an African-American. “Get Out” director Jordan Peele told the Observer that he didn’t initially want to cast a British actor in the lead “because this movie was so much about representation of the African-American experience,” but after a Skype call with Kaluuya, he knew he was the right choice.

“Daniel grew up in a country where they’ve been interracial dating for a hundred years,” Jackson told the radio station. “What would a brother from America have made of that role? Some things are universal, but everything ain’t.”

Jackson also used David Oyelowo’s casting as Martin Luther King, Jr. Ava DuVernay’s “Selma” as an example: “There are some brothers in America who could have been in that movie who would have had a different idea about how King thinks or how King felt.”

When asked why so many British actors are cast in American roles, the “Kong: Skull Island” actor responded, “They’re cheaper than us, for one thing. They don’t cost as much … And they [casting agents and directors] think they’re better trained, because they’re classically trained.”

“We’re not afforded that same luxury, but that’s fine, we have plenty of opportunities to work,” he said. “I enjoy their work. I enjoy working with them when I have the opportunity to do that.”