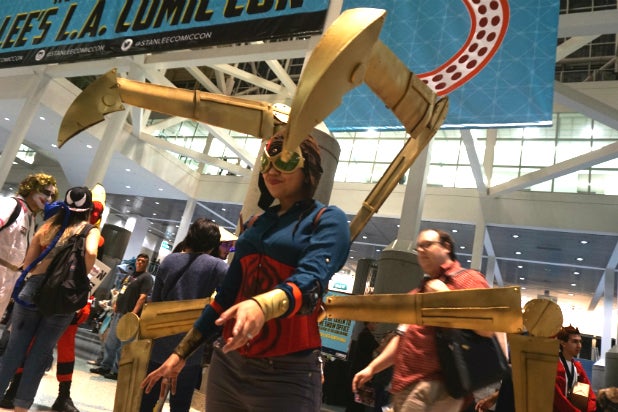 Saturday was Registration Day for Comic-Con’s repeat customers, and geeks everywhere are freaking out.

Below are some of the best memes and worst meltdowns on the social media site — let us know in the comments section if you scored tickets today, or what the plans are going forward.

The stress we feel about Comic-Con registration has to be one of the top 5 First World Problems ever. #RETREG2017 #sdcc #sdcc2017

That feeling when you get #sdcc badges but remember you still have #hotelpocalypse to look forward to. ???? #RETREG2017 #SDCC2017 pic.twitter.com/PLrwLhNeFz

me @ the open registration because I couldn't get tickets in the #RETREG2017 of #SDCC2017 @HallHLine pic.twitter.com/btx0ds36SZ

Me waiting to buy tickets after 9am #SDCC2017 pic.twitter.com/yQt64pEquF

When you get that four day badge #SDCC2017 #RETREG2017 #sdcc pic.twitter.com/x5JEUw9qvw

So its not open registration for #SDCC2017 right now? Just return registration? Please tell me I still have a chance.

Registration today was only for Comic-Con 2016 customers to get first dibs on 2017 tickets. Starting at 9 a.m. PT, returning fans could purchase badges for up to three people.

Open registration for everyone else is scheduled to take place in early-to-mid April 2017.