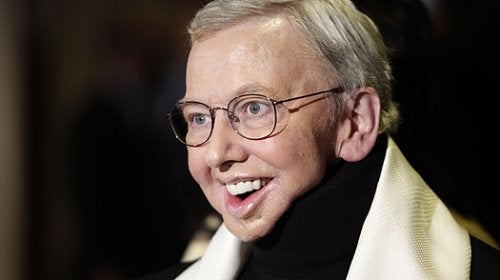 Fresh off his buzzed about appearance on "Oprah" and a heatbreaking and much discussed Esquire profile, the veteran film critic will receive the Mel Novikoff Award at the 53rd San Francisco International Film Festival, the event’s organizers announced on Wednesday.

“It’s an honor to pay tribute to a man who has enhanced the public’s knowledge and appreciation of world cinema for more than 40 years through his writing, television shows, Web site and film festival,” Rachel Rosen, the Film Society’s director of programming, said in a statement. “His passion for film is an inspiration.”

The award, named for San Francisco art and repertory film exhibitor Mel Novikoff acknowledges an individual or institution whose work has enhanced the filmgoing public’s knowledge and appreciation of world cinema. The Novikoff Award will be presented at a special presentation called "An Evening with Roger Ebert and Friends" on Saturday, May 1 at the Castro Theatre. Some of those titular "friends" will be directors Jason Reitman and Terry Zwigoff.

The program will close with a screening of "Julia," a thriller starring Tilda Swinton that Ebert called one of his favorite films of 2009.

The film festival runs from April 22 to May 6