Jane Austen never got to finish “Sanditon,” but perhaps PBS’ Masterpiece will.

Masterpiece on PBS has renewed the drama series, which is based on Austen’s final, unfinished novel, for Seasons 2 and 3.

Rose Williams will return as heroine Charlotte Heywood. Addition casting will be announced at a later date, Masterpiece said. 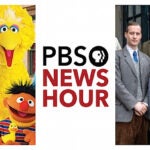 “We are absolutely delighted to announce a second and third season of ‘Sanditon,’ a show that has inspired such a passionate and devoted fan base,” Susanne Simpson, Masterpiece executive producer, said in a statement on Thursday. “Audiences can expect romance, humor and plenty of twists and turns in these new seasons of ‘Sanditon.'”

Austen only completed 11 chapters of the source material before her death in 1817 at age 41. Those 24,000 words basically lasted for all of one TV episode. 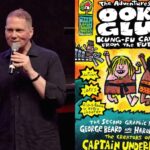 In the television series, a chance accident brings Charlotte Heywood to Sanditon, a seaside resort on the cusp of dramatic change. Described as spirited and unconventional, Charlotte is at first keen to experience everything the town has to offer, but is then shocked by its scheming and ambitious inhabitants and intrigued by the secrets they share.

When Charlotte is tactlessly forthright about the family of enthusiastic entrepreneur Tom Parker (Kris Marshall), she immediately clashes with his handsome but wild younger brother Sidney (Theo James). Amidst the rival suitors and unexpected danger, can Charlotte and Sidney see past each other’s flaws and find love? (Spoiler alert: they can)

“Emma” was adapted (again) as a movie just last year starring Anya Taylor-Joy in the lead role, for which she earned a Golden Globe nomination. While Taylor-Joy didn’t win that one, she took home a trophy for her lead role in “The Queen’s Gambit.”