Sandra Bullock and Billy Bob Thornton‘s “Our Brand Is Crisis” landed with a thud and Bradley Cooper‘s “Burnt” was toast in its debut Friday and, with moviegoers distracted by Halloween, the weekend box office looking like a graveyard.

“The Martian” and “Goosebumps” were battling for No. 1 for the third straight weekend, but it was largely by default with the low-budget teen horror comedy “Scouts Guide to the Zombie Apocalypse” tanking in its debut, too.

Fox’s Matt Damon sci-fi saga had a slight edge Friday with $3.5 million to the roughly $3 million scared up by Sony’s Jack Black family comedy. That translates to $10 million and $9 million, respectively, for the three days.

The scary part is that with many young moviegoers out partying Saturday night, the box office picture could get even worse. The combined total of the top ten films Friday combined was under $20 million, with grosses dropping for the second straight weekend.

Expectations were low for the trio of R-rated openers and all three came in under them: Bullock, Thornton and Cooper were all flirting with career-worst debuts.

While disappointing, nobody should go broke. “Our Brand Is Crisis,” from George Clooney and Grant Heslov‘s Smokehouse Pictures, had a $28 million production budget, 3 Arts Entertainment’s “Burnt” cost $20 million and “Scouts Guide to the Zombie Apocalypse” cost Broken Road Productions around $15 million. 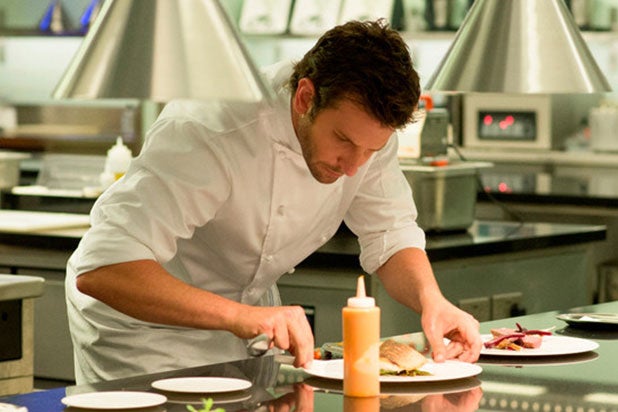 “Burnt,” the R-rated cooking comedy reuniting Cooper with his “American Sniper” co-star Sienna Miller and directed by John Wells, took in just $1.8 million from 3,003 theaters for The Weinstein Company.

It’s looking at roughly $5 million for the weekend, and will finish behind Tom Hanks‘ “Bridge of Spies” and Sony Animation’s “Bridge of Spies,” both of which held well in their third and fourth weekends, respectively.

Warner Bros.’ “Our Brand Is Crisis,” a political comedy directed by David Gordon Green, will struggle to hit $3 million for the weekend after taking in an anemic $1.1 million from 2,202 theaters Friday.

The R-rated teen horror comedy “Scouts Guide to the Zombie Apocalypse” was the second film in Paramount’s early video-on-demand experiment that began last week with “Paranormal Activity: The Ghost Dimension.”

Several major theaters chains skipped booking the film in protest and “Scouts Guide” was in just 1,509 theaters. It took in a limp $708,000 Friday and will miss the top 10 for the weekend with under $2 million.

Things didn’t get much better for two movies that had tough outings in their wide openings last weekend. Vin Diesel‘s action fantasy “The Last Witch Hunter” won’t crack $5 million for Lionsgate and Universal’s critical favorite “Steve Jobs” may not hit $3 million and could miss the top 10.