Paramount has moved up Sandra Bullock’s adventure comedy “The Lost City” from April 15, 2022 to March 25. The announcement comes Monday, shortly after the slate-wide release shift for Marvel Studios by Disney.

The switch puts the film into a late March release slot that had been held by Marvel Studios’ “Doctor Strange in the Multiverse of Madness,” which has moved to May 6. “The Lost City” had previously been set to open against the Warner Bros. film “Fantastic Beasts: The Secrets of Dumbledore.” 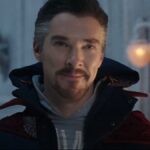 “The Lost City” premise bears a comedy resemblance to the ’80s adventure film “Romancing the Stone,” with Bullock playing a reclusive romance novelist who gets swept up in a kidnapping plot that leaves her in the jungle with the model whose chiseled body graces the cover of her novels, played by Tatum.

Daniel Radcliffe, Patti Harrison, Oscar Nunez and Da’Vine Joy Randolph also star in the film, which is written and directed by Adam and Aaron Nee from a draft written by Dana Fox and Oren Uziel.  Bullock is producing via her Fortis Films label along with Liza Chasin of 3dot Productions and Seth Gordon via Exhibit A.

As a comedy aimed at adult audiences, Paramount will be looking for “The Lost City” to carve out a lane for itself at theaters during a month that will see Warner Bros.’ “The Batman,” Pixar’s “Turning Red” and Focus Features’ “Downton Abbey: A New Age” hit theaters. Paramount will also release the family film “Sonic the Hedgehog 2” two weeks after “The Lost City” on April 8.