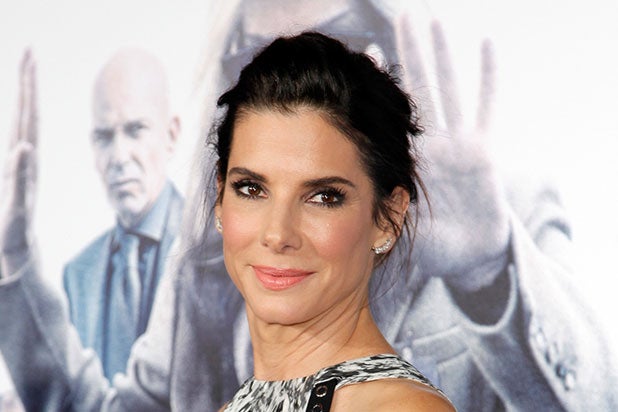 Sandra Bullock is reteaming up with Netflix after finding success with “Bird Box;” the actress is set to star in an untitled drama for the streaming service about life after prison.

Nora Fingscheidt will direct the film that’s based on a script by “Mission: Impossible” franchise director Christopher McQuarrie. McQuarrie adapted the screenplay from the BAFTA-nominated British miniseries “Unforgiven” from 2009. McQuarrie added in a statement on Twitter that the first draft of the screenplay actually dates back to 2010.

The untitled film stars Bullock as Ruth Slater, a woman released from prison after serving a sentence for a violent crime and who re-enters a society that refuses to forgive her past. Facing severe judgment from the place she once called home, her only hope for redemption is finding the estranged younger sister she was forced to leave behind.

Bullock most recently starred in “Bird Box” for Netflix. The 2018 horror and thriller film from director Susanne Bier is one of Netflix’s top-performing films, with the streamer saying that the movie was watched across 80 million accounts during its first four weeks on the service.

Fingscheidt is a German filmmaker who earlier this year directed the drama “System Crasher,” which is Germany’s official submission to the 2020 Academy Awards. The film premiered at the International Berlin Film Festival earlier this year and has won 24 international awards, including Berlin’s Silver Bear Alfred Bauer Award for new perspectives in cinema for Fingscheidt.

McQuarrie directed the last two “Mission: Impossible” movies and is attached to direct the seventh and eighth films in the franchise. He also wrote the script for Tom Cruise’s upcoming “Top Gun Maverick.”

Bullock is represented by CAA.

This one is near and dear to my heart. I’m honored to know it’s in such good hands.

Fun fact: The first draft was written in 2010. #KeepWritinghttps://t.co/bazwRjV4nU