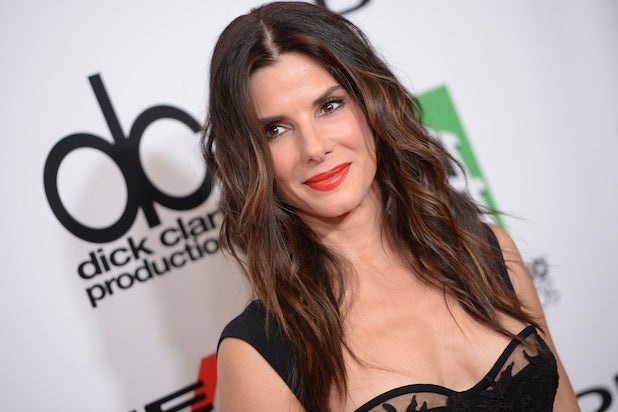 Thanks to “Gravity,” Sandra Bullock was the highest paid actress of the year according to Forbes.com, who released their annual ranking on Monday.

Bullock made an estimated $51 million between June 2013 and June 2014. The unexpected box-office surprise of Alfonso Cuaron‘s Oscar-winning space thriller allowed Bullock to jump from #7 on Forbes’ list last year to #1 this year.

Bullock is followed by Jennifer Lawrence, who made approximately $34 million thanks to “The Hunger Games” and her endorsement deal with Dior, while Jennifer Aniston made $31 million with hefty back-end deals for hits like “We’re the Millers” and endorsement deals with companies like Aveeno to land at #3.

Gwenyth Paltrow landed at #4 with $19 million, while last year’s highest paid actress, Angelina Jolie, came in at #5, tied with Cameron Diaz. Both actresses made about $18 million.

To calculate their rankings, Forbes contacted agents, producers, lawyers and other “in-the-know folks” for their assessment; they did not deduct for taxes, agent fees or “the other costs of being a celebrity.”

Forbes’ annual ranking also found that women are still making much less than their male counterparts. While Forbes’ top 10 highest paid actors, led by Robert Downey Jr., made $419 million combined, the top ten actresses made just over half that combined — about $226 million.