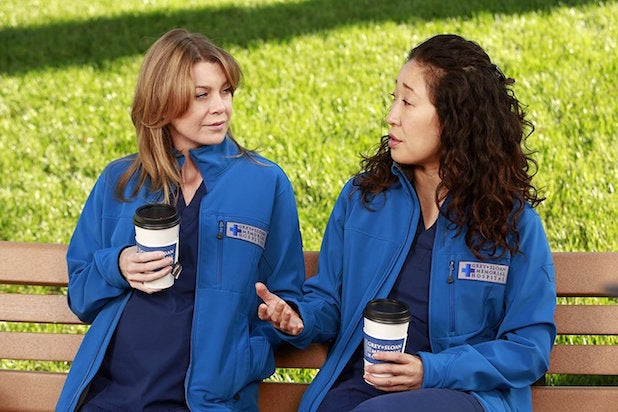 Saying goodbye to Cristina Yang on “Grey’s Anatomy” was one of the saddest exits fans have seen over the series’ 14 seasons on air, and seemingly every year, Sandra Oh hears a rumor that she’s returning to the popular medical drama.

Unfortunately for fans who’ve been hoping those rumors are true, Oh said that she doesn’t see herself returning to the show anytime soon.

“I guess I can’t really answer it either way where I’m sitting right now, because I’m so committed to Eve,” Oh said in a recent interview with Entertainment Weekly, referring to her new role as the titular character in the BBC America drama “Killing Eve.”

“The idea of stepping back into the Cristina shoes, it doesn’t feel right to me right now,” she said.

She added that she recognizes the show leaves the opportunity for her to return open, because unlike many other character exits on “Grey’s,” Cristina is still alive and well, but living overseas in Zurich. “It’s hard to beat that ending, because what I also realize is that it keeps it open in so many ways where you can continue on having that relationship with Cristina,” Oh said.

But the actress added that she’s excited to engage with new characters.

“Clearly for me as an artist, I am moving on and very happy and excited to be in another relationship,” she said. “You know what I mean? It’s like I’ve moved on in my relationship and am so committed to this character and [“Killing Eve”]. Yeah, that’s where I feel like my focus and my passion is.”

But for you true hopefuls out there, Oh did leave the door for a return open a smidge. Even though it doesn’t feel right for her to return to Cristina “right now” — “who knows how long ‘Grey’s’ is gonna go?”

You can watch “Grey’s Anatomy” Thursdays on ABC at 8 p.m., and Oh’s new drama “Killing Eve” premieres April 8 at 8 p.m. on BBC America.