3 days after Carlos Santana passed out during his band’s performance in Michigan, his band, Santana, as postponed 6 dates in their ongoing Miraculous Supernatural 2022 tour alongside Earth, Wind and Fire.

“I regret to inform you that the Santana band has postponed tonight’s show at Ruoff Music Center in Noblesville, Indiana. And, we are postponing the July 9 show at Riverbend Music Center in Cincinnati, Ohio; July 10 at American Family Insurance Amphitheater – Summerfest Grounds in Milwaukee, Wisconsin; July 12 at Walmart Arkansas Music Pavilion in Rogers, Arkansas; July 15 at Dos Equis Pavilion in Dallas, Texas; July 16 at Cynthia Woods Mitchell Pavilion in Woodlands, Texas. Doctors have recommended that Mr. Santana gets rest to recuperate fully,” Michael Vrionis, President, Universal Tone Management said in a statement Friday. 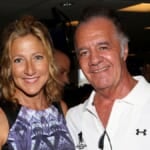 “Carlos is doing well and is anxious to be back on stage soon. He just needs rest,” Vrionis continued. “Santana profoundly regrets these postponements of his upcoming performances; but, his health is our number one concern. He is looking forward to seeing all of his fans very soon.”

Santana, 74, passed out onstage on Tuesday while performing; he recovered quickly and was escorted offstage by medical personnel, and later announced he had suffered heat exhaustion and dehydration.