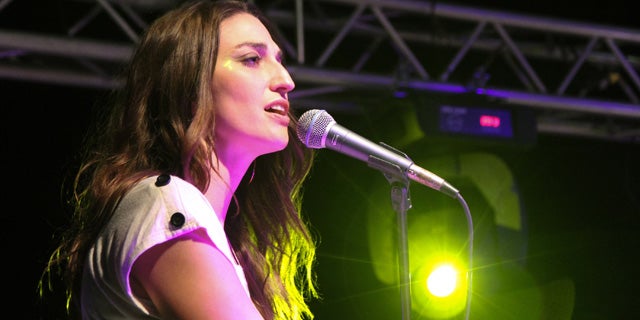 Sara Bareilles is one and done.

The singer won’t be returning to the fourth season of NBC’s “The Sing-Off,” TheWrap confirms. Sources close to the singer-songwriter tell EW that she wants to “focus on her music.”

Bareilles joined on Season 3 after Nicole Scherzinger jumped over to the first season of Fox’s “The X Factor.” Having belonged to a coed a capella group while attending the University of California, Los Angeles Bareilles quickly established herself as a technically apt judge alongside Ben Folds Five’s Ben Folds and Boys II Men’s Shawn Stockman.

NBC announced last month that the series from Sony Pictures Television will return for a fourth season under "The Voice" and "Survivor" executive producer Mark Burnett. It’s slated to return in Late-2013.

The a capella singing competition originally served as holiday programming for NBC when it debuted in December 2009 and aired its second season (which saw a ratings boost) in December 2010.

In many ways, the success of "The Sing-Off’s" second season gave NBC the courage to go forward on another musical competition, “The Voice.” In 2011, NBC decided to expand the season to 11 episodes and aired it in September, which ended up seeing a deep ratings decline over the previous season.

Bareilles recently announced that she will be touring an 18-city tour to promote her new album – expected to be released this spring.