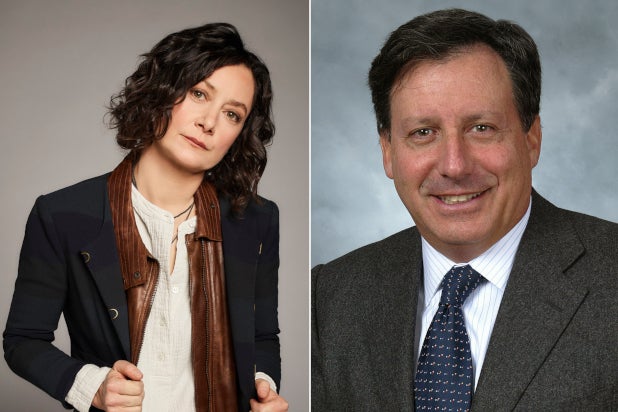 Werner is best known for co-founding the Carsey-Werner Company with Marcy Carsey, which is responsible for sitcom hits including “Roseanne,” “Cosby Show,” and “3rd Rock From the Sun.” Under Werner Entertainment, Werner executive produced the “Roseanne” revival and its spinoff, “The Conners,” which Gilbert also stars in and executive produces.

He is also the chairman of the MLB’s Boston Red Sox and English soccer club, Liverpool.

“I am thrilled to be working with someone as kind and brilliant as Tom,” Gilbert said. “When I was a kid, he was the guy behind the scenes making it all happen. It’s truly a dream to call him my partner, and I look forward to making impactful, funny and moving content together.”

Mandy Summers, who served as head of development and production for Nahnatchka Khan’s Fierce Baby Productions, is coming aboard sara + tom to serve in the same capacity. Prior to Fierce Baby, Summers was vice president of current programming for 20th Century Fox TV.

“Sara is one of the most creative people I have ever worked with.  I have admired her and loved her since she came into my office and crushed the reading of the role Darlene in ‘Roseanne.’ She is as creative a talent behind the camera as in front of it. I’m grateful that she is partnering with me to create new content, and I hope the  next three decades together is as fruitful as the last three.”

Gilbert recently left her CBS daytime talk show, “The Talk” this month after 9 years with the show, which she created. At the time, she said there were new opportunities she wanted to pursue.