“Sarah Cooper: Everything’s Fine” finally dropped on Netflix on Tuesday — and your favorite Trump lip-sync star did not disappoint with the celebrity cameos.

In the roughly 50-minute comedy special, directed by Natasha Lyonne with Maya Rudolph, Cooper primarily stars as herself, the host of a morning news show called “Everything’s Fine” where, you guessed it, everyone pretends everything is just fine despite the chaos that is 2020 and the Trump administration.

So who’s who? Here’s a rundown of all the celebrity cameos you’ll see in “Sarah Cooper: Everything’s Fine.” 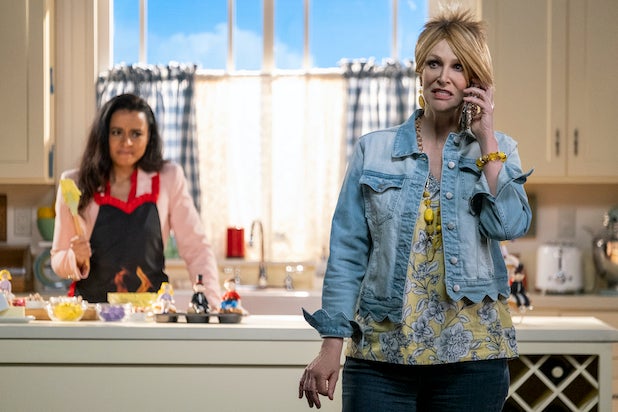 Lynch appears as K.J. Dillard, a cupcake-making pastry chef whose “can I speak to your manager” haircut is a dead giveaway. Almost immediately, Dillard demands that Cooper show some I.D. to prove that she’s the host of the show and, when she’s not satisfied, calls the police. 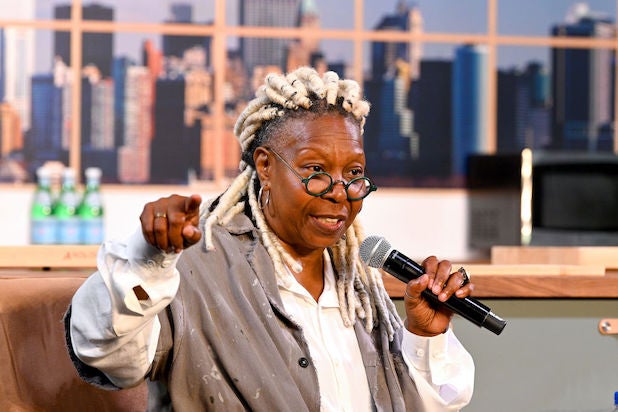 Whoopi Goldberg as Herself

Goldberg’s voice makes a cameo narrating a pseudo-documentary about the history of Karens. 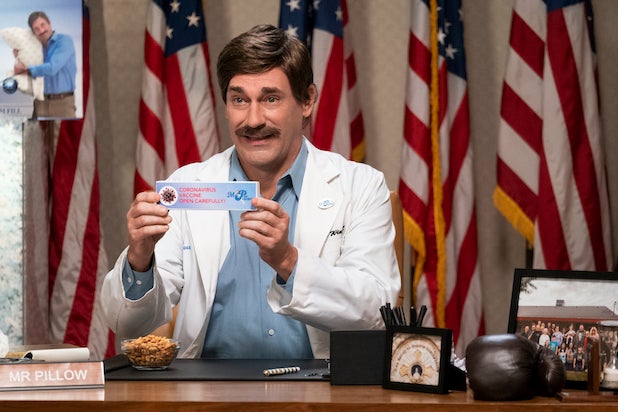 Jon Hamm as “Steve Windell,” the inventor of MrPillow

It’s the MyPillow — er, MrPillow — guy! During a pretend commercial break for the morning show, Hamm appears as the inventor of MrPillow, Steven Windell, who is clearly modeled after Mike Lindell, the pillow inventor and Trump supporter who has recently been promoting an unproven “cure” for COVID-19. 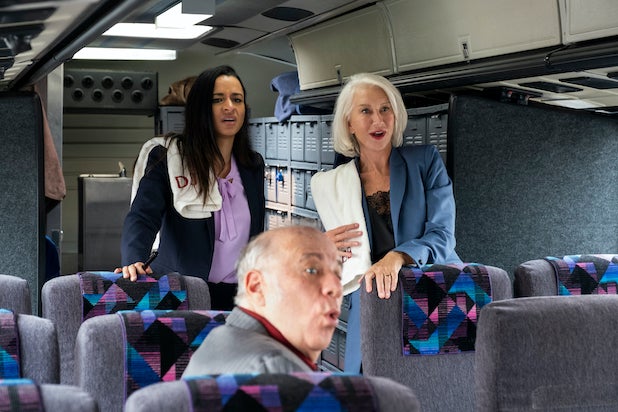 “Everything’s Fine” gives viewers an exclusive look inside the now-infamous “Access Hollywood” bus where President Trump was recorded telling Billy Bush he could grab women by the p—-. But in this version, none other than Dame Helen Mirren appears as Bush while Cooper continues in her role as Trump as they both lip-sync to the audio of the real tape. 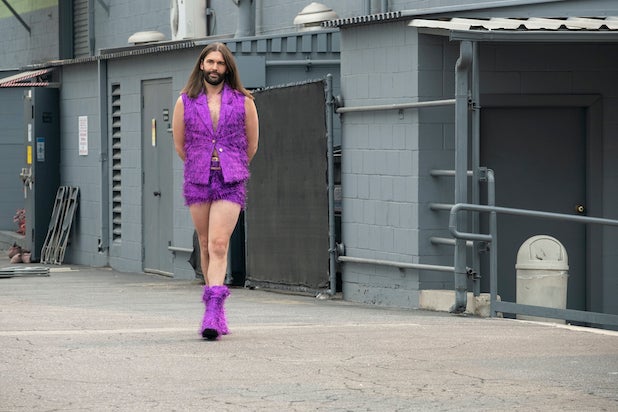 In the “Access Hollywood” scene, “Queer Eye” star Jonathan Van Ness makes an appearance playing Arianne Zucker, the soap opera actress whom Trump and Bush commented lewdly about while inside the bus. 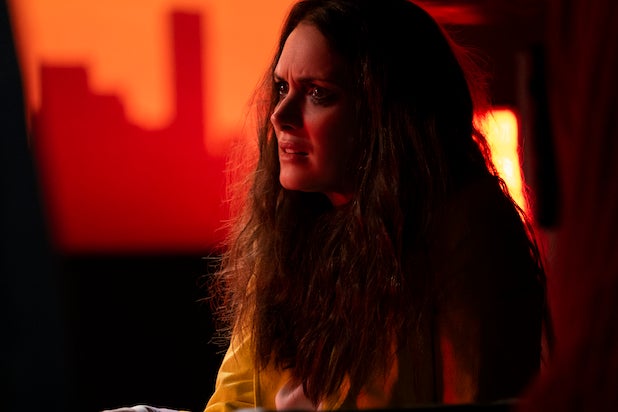 Ryder stars as Lacey Groine, the host of an evening program who passed out on election night in 2016 and has no clue what’s happened since then. 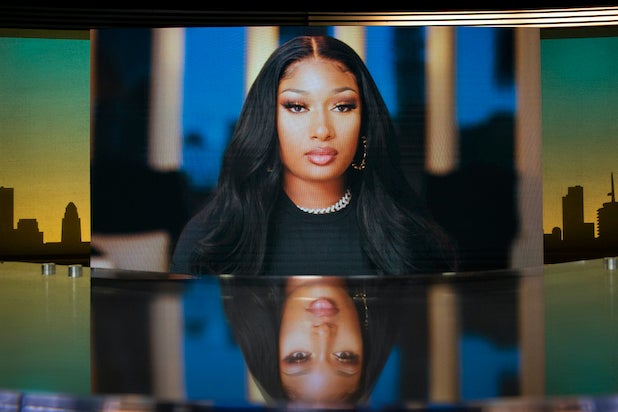 Megan Thee Stallion as Herself

Rapper Megan Thee Stallion stars as herself during a segment in Cooper’s morning show, where she shows the host how to twerk her way through the pandemic. 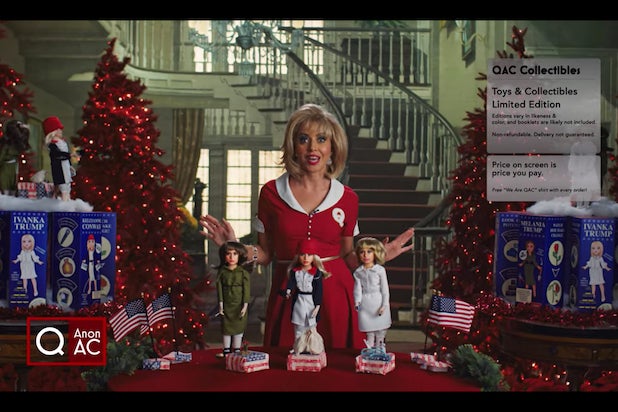 Plaza plays the host of home shopping channel “QAC” — short for QAnon QAC — as she shills for a set of dolls and listens to callers ask if she’s sending them coded messages from an “undisclosed location.” 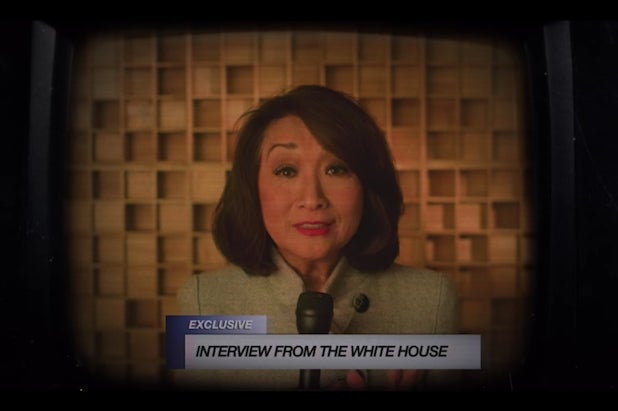 Connie Chung as Herself

Chung returns to the newscaster role as she conducts a bizarre interview with President Trump, who is — of course — Cooper lip-syncing as Trump. 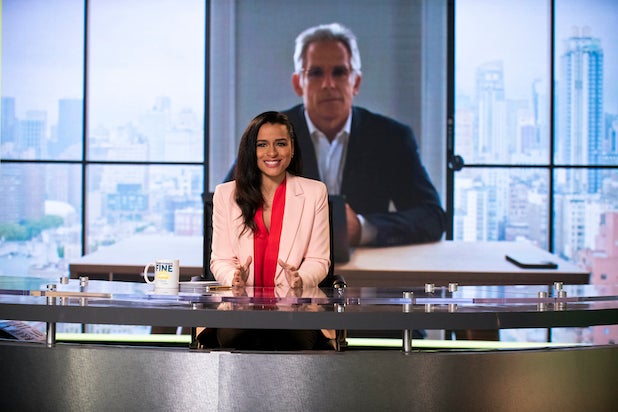 Stiller appears as the CEO of a tech company but, surprise, he’s a robot himself. His name? It’ll look familiar if you were a middle-schooler with a calculator. 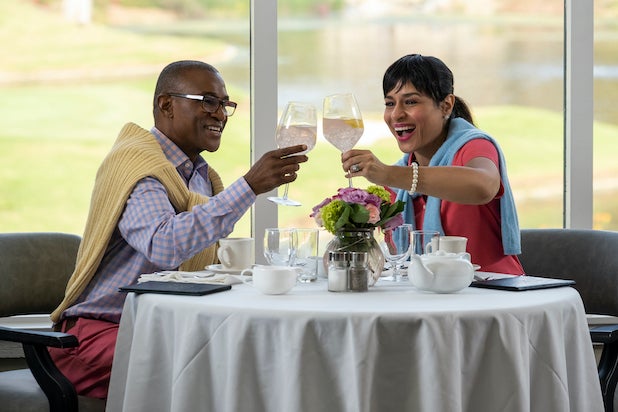 “In Living Color” star and comedian Tommy Davidson appears as John, the husband to Cooper’s Natalie, as the two dine at Trump’s Mar-a-Lago. But as the camera zooms out, things are not as they seem… 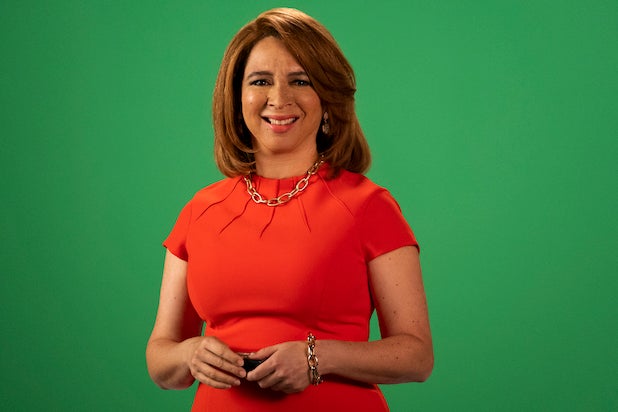 Rudolph, who also directed the special, takes a turn as Andrea Steele, the meteorologist on “Everything’s Fine.” Turns out, with climate change, everything is not fine. 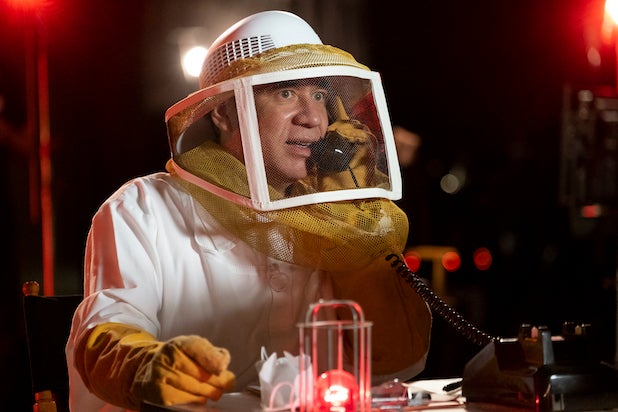 Armisen plays Cooper’s morning show producer and wears an increasingly deranged set of outfits meant to protect him from COVID-19. 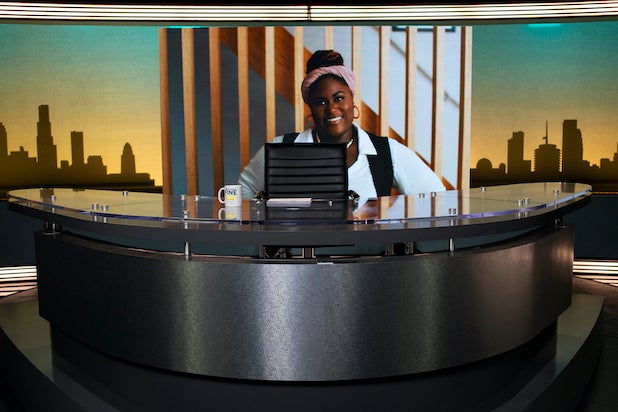 “Orange Is the New Black” star Danielle Brooks takes a turn as Jordana Bachman, a TV host who’s supposed to lead the show right after Cooper’s. But with all the s— going on in the world, Bachman is so done that she refuses to accept the hand-off, tossing it back to Cooper to host her three-hour timeslot. 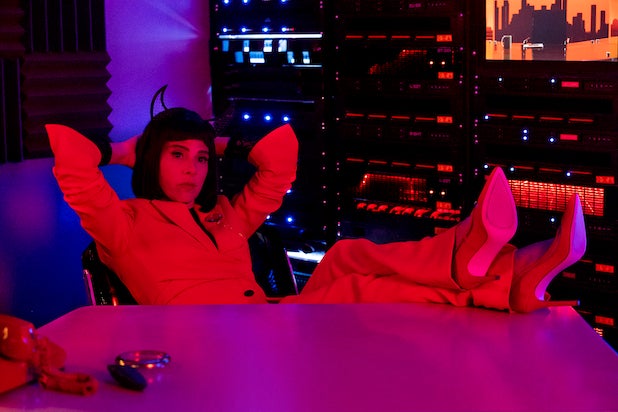 Let’s just say there’s someone else really running the show.