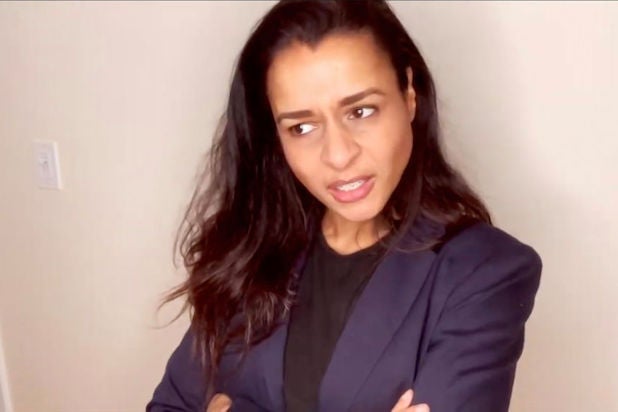 Sarah Cooper is out with her latest political parody video, but this time — surprise — she’s not lip-syncing as Donald Trump.

Posing as a lawyer for the Trump campaign, Cooper appears before an imaginary judge presenting nonsensical arguments as to why millions of ballots should be tossed from the election in favor of Trump.

“We are here seeking justice and freedom and relief from this court, specifically in question, at the moment, ergo, heretofore, three ballots which we have found to have chocolate sauce on them, which is disqualifying under the Constitution, Amendment 82C,” Cooper says in the video, referring to a very made-up amendment.

“And we would also like to deem unredeemable 10 ballots which just don’t smell good. Like, patchouli or something. So we should throw those out,” she continues. “And finally, five or six million ballots that were not for Trump. We just want to kind of just get rid of those.”

As of Monday, Trump has still not conceded the election to Biden, who crossed the electoral vote threshold for the presidency and received more popular votes than Trump. Meanwhile, the majority of the lawsuits that the Trump campaign has filed in key battleground states like Michigan, Arizona, Nevada, Georgia and Wisconsin have been dropped, dismissed or outright denied.

I’m a lawyer for the Trump campaign pic.twitter.com/19YFlU8qDg