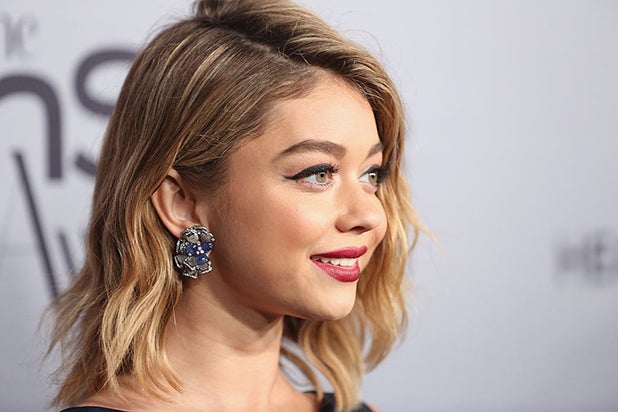 The 26-year-old actress responded to a fan who asked whether it was true that Haley is bisexual, writing, “I don’t know what the writers would say? But I confirm.”

I don't know what the writers would say? But I confirm. https://t.co/KfRXMvCvl8

TheWrap has reached out to ABC and Fox. Representatives for the show’s co-creators Steven Levitan and Christopher Lloyd have not yet responded to TheWrap’s request for comment.

Also Read: Sarah Hyland Hits Back at Anorexia Claims: 'I Am Not a Fan of Being Skinny'

Hyland’s followers were quick to praise the actress. One user wrote, “Yay! Go Sarah! I’m bi and proud,” while another said, “This made me tear up a lil thank you love.”

“Modern Family” has run for 9 seasons, and Haley has had nine boyfriends, including on-again-off-again love interest Dylan (played by Reid Ewing). She has yet to date a woman.

Also on Wednesday, the actress slammed Life & Style magazine for writing a story alleging the actress had plastic surgery. See her tweet below.