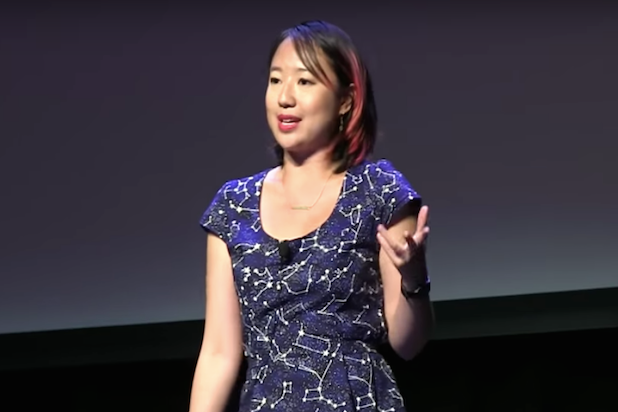 While The New York Times stood by Sarah Jeong on Thursday after old tweets emerged of her denouncing white people, the newest member of their editorial board appears to have considerably less charitable feelings toward her new colleagues.

In more than a dozen biting old tweets — some deleted and some not — Jeong laced into some of the paper’s most celebrated op-ed writers.

In one she asked “what drugs” Paul Krugman was on. In another she called David Brooks a “nitwit,” and in still another she bemoaned the presence of Thomas Friedman, saying that if she could buy the Grey Lady, the first thing she’d do would be to fire him.

Jeong also shared that she enjoyed hating on the Times whenever she had a bad day — a practice, one can assume will now cease.

Guys, what drugs do you think Paul Krugman does

A just god would not allow Tom Friedman to keep talking.

Brooks is an absolute nitwit tho

After a bad day, some people come home and kick the furniture. I get on the internet and make fun of the New York Times.

The old tweets were first brought up by freelance writer Stephen Miller.

People trying to get Sarah Jeong fired yesterday for her racist tweets completely missed her awesome tweets about her new coworkers. NYT Christmas parties are going to be lit af pic.twitter.com/T1sPcex9Pz

Reps for the Times did not immediately respond to request for comment.

On Wednesday evening, just hours after the paper announced that Jeong would be coming on board, internet sleuths dug up a number of former tweets from her, making disparaging comments about white people. Critics immediately pounced, saying it was evidence of racism.

“Dumbass f—ing white people marking up the internet with their opinions like dogs pissing on fire hydrants,” she said in one. “Oh man it’s kind of sick how much joy I get out of being cruel to old white men,” she offered in another.

In a statement, the paper defied calls to drop her — but declined to defend the tweets.

“Her journalism and the fact that she is a young Asian woman have made her a subject of frequent online harassment. For a period of time she responded to that harassment by imitating the rhetoric of her accusers,” the Times said. “She now sees that this approach only served to feed the vitriol that we too often see on social media. She regrets it, and the Times does not condone it.”

Our statement in response to criticism of the hiring of Sarah Jeong. pic.twitter.com/WryIgbaoqg

Many online pointed to a stark difference in treatment between Jeong and Quinn Norton, a technology writer hired by the Times in February, and was later shown to have tweeted a number of racially charged and sexual slurs. Norton had also spoken of a friendship with noted white supremacist Andrew Auernheimer.

She was out within seven hours.

“Despite our review of Quinn Norton’s work and our conversations with her previous employers, this was new information to us. Based on it, we’ve decided to go our separate ways,” said Times editorial page editor James Bennet in a brief statement at the time.