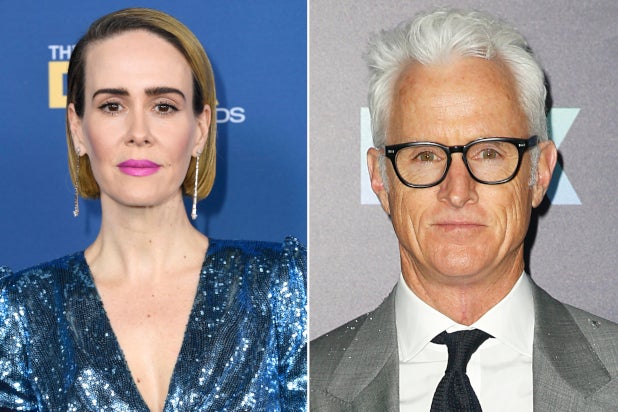 “Captain Marvel” directors Ryan Fleck and Anna Boden will helm the first two episodes and serve as executive producers. The nine-episode series will debut in 2020. The series was created and written by “Mad Men” alum Dahvi Waller and executive produced by Waller, Blanchett, Stacey Sher and Coco Francini. Waller will serve as showrunner.

“Mrs. America” tells the true story of the movement to ratify the Equal Rights Amendment (ERA), and the unexpected backlash led by Phyllis Schlafly. Through the eyes of the women of that era — both Schlafly and second-wave feminists Steinem, Friedan, Chisholm, Abzug and Jill Ruckelshaus — the series explores how one of the toughest battlegrounds in the culture wars of the ’70s helped give rise to the Moral Majority and forever shifted our political landscape.

Blanchett stars as the late conservative firebrand Phyllis Schlafly in the limited series, which marks the Oscar-winning actress’ first-ever TV role in the U.S.; she will also executive produce.

Schlafly was a conservative political activist who successfully lobbied a campaign to the defeat the ERA.  She launched “STOP ERA” in 1972, which was an acronym for “Stop Taking Our Privileges.” Schlafly argued the ERA would take away certain privileges from women, including “dependent wife” benefits under Social Security. The ERA was only ratified in 35 states, and Schlafly’s campaign is often cited as the main reason for its eventual defeat. She died in 2016 at the age of 92.

Also Read: 'What We Do in the Shadows' Renewed for Season 2 at FX

Here who is everyone is playing with a brief description from FX:

ROSE BYRNE as GLORIA STEINEM – Steinem was the most recognizable leader of the women’s movement, who co-founded Ms. Magazine and played a major part in the effort to pass the ERA.

KAYLI CARTER as “PAMELA” (Fictional) – “Pamela” is a young, impressionable housewife who is an early member of Phyllis’ anti-ERA movement.

ARI GRAYNOR as BRENDA FEIGEN-FASTEAU – A Harvard-educated lawyer, Feigen-Fasteau was a young feminist in the women’s movement who co-founded Ms. Magazine with Steinem and helped the feminist effort to pass the ERA.

MELANIE LYNSKEY as ROSEMARY THOMSON – Thomson was a homemaker in Schlafley’s inner circle who eagerly joined her fight against the ERA.

JAMES MARSDEN as PHIL CRANE – Crane was a conservative congressman from Phyllis’ home state of Illinois and one of her most powerful allies.

MARGO MARTINDALE as BELLA ABZUG – A leading figure in the feminist movement, Abzug was a three-term Congresswoman who spearheaded the effort to pass the ERA.

JEANNE TRIPPLEHORN as ELEANOR SCHLAFLY – Eleanor is Fred’s unmarried sister and a close confidante of Phyllis. Eleanor is a devoted aunt to Phyllis’ six children.

TRACEY ULLMAN as BETTY FRIEDAN – Known as the mother of the women’s movement, Friedan wrote “The Feminine Mystique” and co-founded the National Women’s Political Caucus. She was an active proponent of the ERA.