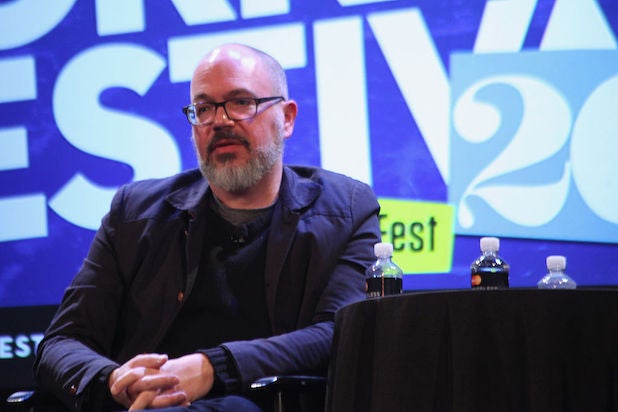 Acclaimed music and culture writer Sasha Frere-Jones has abruptly exited the L.A. Times after less than a year amid allegations of expense-account shenanigans involving a strip club and accepting expensive freebies from sources.

“Yes, Sasha Frere-Jones resigned recently,” a representative for the Times told TheWrap via email on Monday, roughly 10 months after the paper hired the former New Yorker magazine critic with great fanfare as its critic-at-large.

Frere-Jones has not responded to TheWrap’s requests for comment. And while the Times rep did not elaborate on the reason for the resignation, paper insiders point to a series of apparent ethical issues involving the writer.

According to a person with knowledge of the situation, Frere-Jones recently filed a $5,000 expense report for a venue that the paper discovered was actually a strip club.

Asked to explain, Frere-Jones said he was writing an article about a rapper. But according to the insider, the rapper’s representatives told the paper that no interview had taken place.

In addition, a source close to the situation said that Frere-Jones had accepted a luxury trip sponsored by Dom Pérignon to The Joshua Tree National Park in April — a freebie that is considered a no-no by most mainstream news organizations.

After Frere-Jones canceled at the last minute, the champagne company called the newsroom to check if anyone else might be interested in going in his place. That was apparently news to the paper’s editors, who also investigated an allegation that the writer had promised Coachella coverage to an artist in exchange for free transportation to the event.

“It’s all anyone can talk about in the newsroom,” the insider said. “It’s really a weird story that feels like it’s straight out of a movie.”

Some of Frere-Jones’ colleagues at the Times also questioned the writer’s work ethic, noting that he wrote only about 45 stories between mid-August and April 1 — when his last story was published — while other reporters on the arts beat churned out significantly more during the same time period.

Frere-Jones had his own schedule and reported directly to managing editor for editorial strategy at the Los Angeles Times, Mitra Kalita, instead of the usual chain of command.

“He just was never there,” one person told TheWrap. “He didn’t even cover the big cultural music events of the year.” He wrote a single preview story three days before the Grammy Awards, but none the night of the Grammys or in the days following.

Officially, the paper wouldn’t comment on the reason for Frere-Jones’ abrupt departure.

“We don’t generally provide comment on employment matters such as this,” the paper’s spokesperson said on Monday. “With his permission, I can tell you that he decided to transition to freelance so he could focus on writing a book, which is under contract with FSG.”

Frere-Jones served as the pop critic of the New Yorker from March 2004 to December 2014 and was anthologized six times in Da Capo’s Best Music Writing series.

In January 2015, he began working for Genius.com as an executive editor.

In 2008, Frere-Jones was named one of the top 30 critics in the world by “Intelligent Life,” The Economist’s lifestyle publication.

When asked if Frere-Jones had cleared out his desk at the L.A. Times, the newsroom insider said, “No, they cleared it for him.”