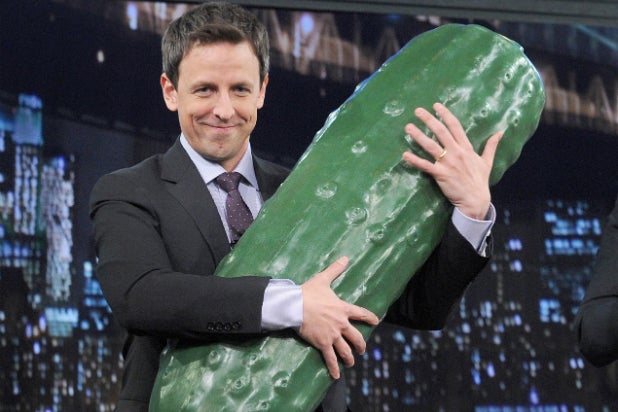 Seth Meyers takes over NBC’s “Late Night” on Monday, and his former castmates at “Saturday Night Live” are taking to YouTube to wish him well — and share their favorite awkward stories from his time as “SNL” head writer.

Veterans like Kenan Thompson, Bobby Moynihan and Vanessa Bayer talk about their favorite sketches and the impact Meyers had on their careers at “SNL” (Thompson even has to fight back tears) in this backstage video.

New cast member Sasheer Zamata also shares how a debonaire Meyers wished her luck before her audition for the sketch comedy show.

And writer and cast member Mike O’Brien has a funny little memory of a dare Meyers took to the extreme one night in Berlin.

You’ll just have to watch the video for details: