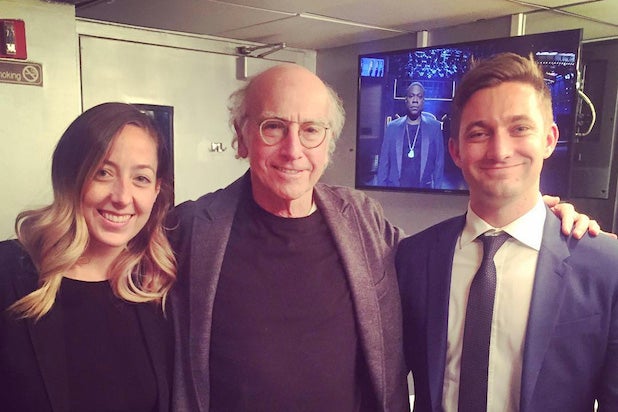 Schneider and Kelly have been responsible for some of the show’s most recently popular sketches, such as “Bern Your Enthusiasm,” featuring Larry David as Bernie Sanders, “Bar Talk” with Democratic presidential nominee Hillary Clinton, “The Beygency,” “Back Home Ballers,” and the Emmy-nominated “(Do It On My) Twin Bed.”

NBC declined to comment on whether or not Rob Klein and Bryan Tucker, the co-head writers for season 41, have been ousted and if replacements for Schneider and Kelly on the writing staff have been hired.

In addition to working on “SNL,” Kelly has been a writer for Comedy Central’s “Broad City” while Schneider has worked as a consulting producer for Aziz Ansari‘s “Master of None.”

The latest staff change also comes shortly after the news that “Saturday Night Live” stars Jay Pharoah, Taran Killam, and John Rudnitsky will not be returning to the show. Both Pharoah and Killam, whose contracts with “SNL” were not renewed, have already been signed on to star in two Showtime projects.

Season 42 of “Saturday Night Live” is set to premiere later this year.