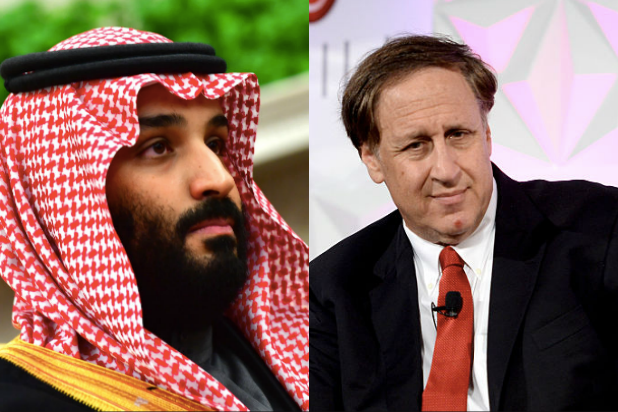 AMC Theatres’ new movie theaters in Saudi Arabia could be truly revolutionary in the Muslim-majority country: by allowing men and women to watch movies together.

“The rules are being written as we speak, but as we understand the theaters will not be segregated,” AMC Theatres CEO Adam Aron told TheWrap on Wednesday. “There may be some showings that will either be for single men or families, but we’re trying a non-segregated approach.”

That would be a remarkable move for a nation where separation of men and women is common in public. The nation’s new leader, Crown Prince Mohammed bin Salman, only recently decided to lift a longstanding ban on female drivers.

“I really do believe that the Crown Prince deserves all the credit for this,” Aron said at Saudi Arabia’s General Entertainment Authority (GEA) Summit at the Four Seasons in Beverly Hills during the Saudi ruler’s week-long visit to Hollywood and Silicon Valley.

AMC, a division of China’s Wanda Group and the world’s largest exhibition company, on Wednesday announced an April 18 opening for its first cinema in a converted symphony hall in Riyadh’s King Abdullah Financial District — with plans to build 40 other theaters in the next five years and 100 by 2030 for an investment of $2 billion.

Aron also credited a “miraculous lucky break” for his company landing the contract to build Saudi Arabia’s first movie theaters in 35 years. Companies such as Empire, Vue, iPic and Cinepolis have also announced plans to build theaters in the country.

“I was at a conference in September in New York with the Saudi Arabian minister of commerce, who told us that the ban was going to be lifted in a few months’ time,” Aron told TheWrap.

That led to meetings with the managing director of the country’s Public Investment Fund (PIF), who became a major partner with AMC by providing connections to seek out potential locations for theaters and other partners, Aron said. “Since then, we’ve done everything together with the PIF. We’re going to own it together.

.@AMCTheatres Sincerest thanks to HE Awwad Alawwad, Saudi Arabia’s Minister of Culture and Information for his great personal efforts to reopen cinemas. Of course he credits the vision of HRH the Crown Prince. Here is Awwad and me and our license issued today to operate there. pic.twitter.com/tLykCFUMdV

The deal between AMC and the PIF comes among a flurry of other deals and talks between bin Salman and Hollywood execs at a time when his country’s chief export, oil, is considered to be a diminishing asset.

In January, TheWrap reported that William Morris Endeavor was planning to sell a 5-10 percent minority stake to the crown prince, with the investment coming through the PIF.