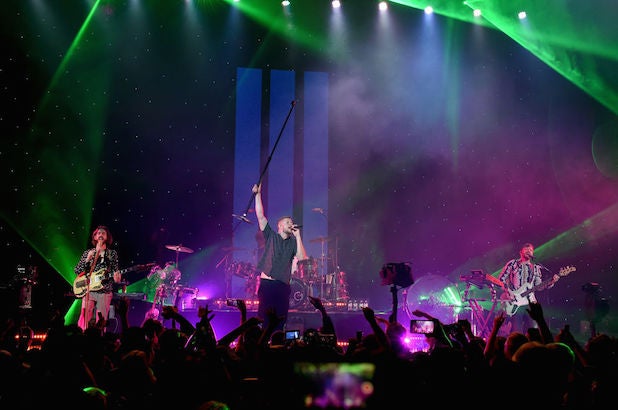 Imagine Dragons Live presented by Citi and Live Nation exclusively for Citi cardmembers and broadcast in VR via NextVR at The Belasco on June 15, 2017 in Los Angeles, California.

Saudi Arabia’s wealth fund, The Public Investment Fund, disclosed on Monday it has poured nearly $500 million into events company Live Nation. According to a filing with the SEC, the fund recently bought more than 12.3 million shares of the Los Angeles-based entertainment company — giving it a 5.7% stake in Live Nation overall.

The company’s stock price, after about an hour of trading on Monday morning, was up about 2% to $39 per share. Live Nation, the parent company of Tickmaster, has been decimated in the last two months by the impact the COVID-19 pandemic has had on the touring business, with countless artists canceling shows in recent weeks. Its stock has cratered in the process, falling more than 50% since late February, when shares were hovering near $76.

Saudi Arabia’s investment fund didn’t own a stake in Live Nation before this year, according to public filings. It is now the company’s third largest shareholder, behind only The Vanguard Group and Liberty Media, which owns about a third of Live Nation’s shares.

Live Nation was recently sued for failing to refund customers for canceled shows and sporting events, and has since updated its policy.

The Public Investment Fund, led by Crown Prince Mohammed bin Salman, controls more than $300 billion in assets and has invested in other American companies like Tesla.