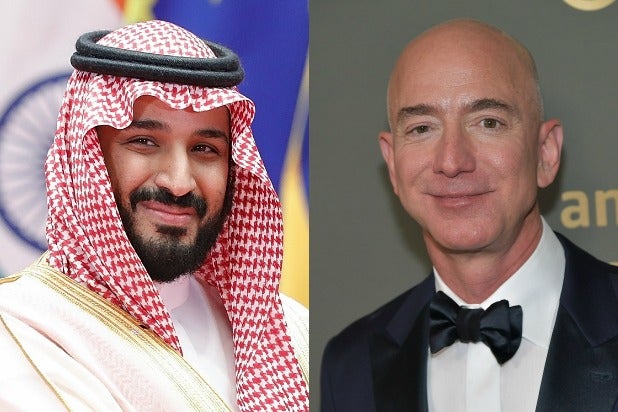 And The Guardian, which first reported the story, said Tuesday that digital forensic analysis has determined malware was installed on Bezos’ phone during a May 1 conversation Bezos had with an account belonging personally to bin Salman on the instant messenger service WhatsApp. According to The Guardian, the two conducted “a seemingly friendly” conversation until the account belonging to MBS sent an unsolicited file to Bezos, who opened it and infected his phone with the malware.

And according to The Post, the U.N. report will back up Bezos’ accusation that Saudi Arabia “launched a cyberattack on him as part of a complex series of conflicts among Bezos, the Saudis, President Trump and the National Enquirer tabloid.”

The investigation found that an unspecified but “large amount” of personal data was lifted off of Bezos’ phone within a matter of hours. The nature of the data or how it may have been used is not known.

It isn’t known if the U.N. conducted its own investigation or made use of work completed by a consultant hired by Bezos.

The Saudi government has denied the accusation, saying in a statement posted on Twitter: “Recent media reports that suggest the Kingdom is behind a hacking of Mr. Jeff Bezos’ phone are absurd. We call for an investigation on these claims so that we can have all the facts out.”

Representatives for Bezos did not immediately respond to a request for comment from TheWrap.

The report is only the latest public relations black eye for bin Salman, who is attempting to promote himself as a reformer even while overseeing a brutal crackdown of dissent in the kingdom. Among other things, he has been implicated by American and U.N. reports in the brutal murder of dissident journalist Jamal Khashoggi.