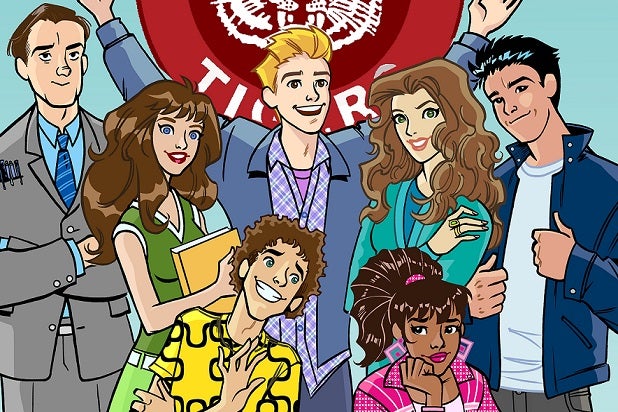 Take note, “Saved by the Bell” fans: Zach, Slater, Screech and the rest of the Bayside High crew are back together. At least in comic book form.

Lion Forge Comics released a new comic book based on the iconic NBC series via its newly formed ROAR Comics imprint. The title is currently available through the Amazon Kindle Bookstore, but will be available through other outlets, including ComicsPlus, in the coming weeks.

The “Saved by the Bell” comic book, released in celebration of the series’ 25th anniversary, “returns to freshman year in all-new, present-day adventures.”

Lion Forge founder and CEO David Steward III said that the new titles are meant to connect the characters with a new generation, but vowed that they will retain the classic qualities of the shows that inspired them.

“These shows and their characters are so well-loved. We are excited to share them with the fans and introduce them to a new generation, but with present-day issues and challenges,” Stewart said. “Don’t worry. Some things always stay the same, such as Zack Morris will still be attached to his cell phone and Punky will still wear her purple vest.”